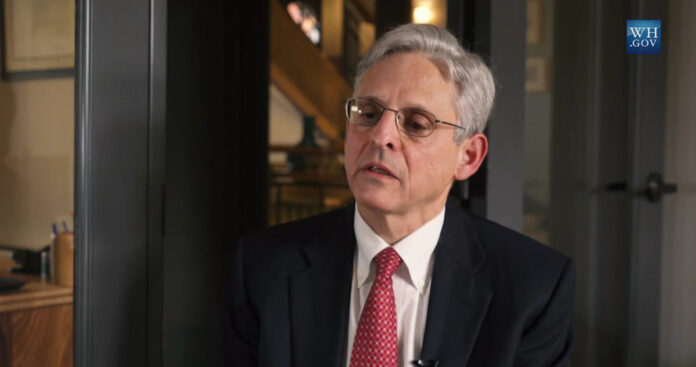 Biden picks Merrick Garland for the position of Attorney General. The Democrats once considered him to be a chief choice for a Supreme Court position, but he just did not fit the mold. The man is proving to be more of a problem than he is a blessing to the idea of him serving in any position in Washington.

The Democrats have that slim majority that will likely lead to Garland being confirmed as the next Attorney General. The nasty liberals have long failed to look at qualifications. Instead, they would look at his political affiliation and the person’s ability to make things happen for the party than for the American people.

Garland fits their mold perfectly. He is a man that is void of qualifications but fits the expectations of party-line decisions perfectly.

Garland has been questioned as to why he thinks he would make a good Attorney General. The questions he is asked are of such a nature to draw out his plan for serving the people and protecting the nation. But his answers are far from what one would expect an Attorney General would say.

His answers are proving just how insane the man is.

Josh Hawley came at the man and asked him questions about the Antifa terrorist attacks in Portland. He wanted to know what Garland thought and if he viewed such acts of violence as the work of domestic terror groups.

Hawley came out and asked the man point-blank, “Do you regard assaults on federal courthouses or other federal property as acts of domestic extremism, domestic terrorism?” It was a simple question that demanded a straight answer, and he danced all around it.

He said, “Well Senator, my own definition, which is about the same as the statutory definition, is the use of violence or threats of violence in an attempt to disrupt democratic processes. So, an attack on a courthouse while in operation, trying to prevent judges from actually deciding cases, that plainly is domestic extremism, domestic terrorism.”

But the man could not stop talking at that moment.

Garland pulled a Biden trick out of his hat and tried to confuse everyone when he said, “An attack simply on a government property, at night, or any other kind of circumstances is a clear crime and a serious one and should be punished. I don’t know enough about the facts of the example you’re talking about, but that’s where I draw the line. Both are criminal, but one is a core attack on our Democratic institutions.”

NEW – Biden AG pick Merrick Garland says #Antifa attacks on federal courthouse may not be domestic terrorism because they happened at night.pic.twitter.com/4Q8o0tHt8Z

Every sane person in America is scratching their heads and wondering how one act could be terrorism and another during the night would not be. It is not the act that makes the issue a terrorist act, but rather the group that is performing the deed.

The sick man thinks that domestic terror can only happen during the day. And all other activities of violence done at night are just fine.

Hawley was wise to pick the Portland courthouse. Here is a group of terrorists coming after the federal courthouse night after night for 100 days. They tried night after night to burn it down. The point Antifa was trying to do was remove the government in charge of the city. That is the core purpose of terrorism.

Garland would say that bombs planted at both political party convention areas are not terrorist acts. But just a way for people to express themselves and their hatred for elected leaders. He would say that it is something they can do at night and not be held accountable for their actions.

At least in his world, the courthouse could be rebuilt before the next business day after being burned down the night before.

Garland’s subtle stupidity is seen in the way that he does not even know what defines terror. “Domestic Terrorism,” according to the actual law, is an attempt by people to intimidate the decisions made by a ruling body. It has nothing to do with the process.

Garland is another example of a fine specimen of a Democrat who has no clue what he is doing. Something that he and Joe Biden have in common.