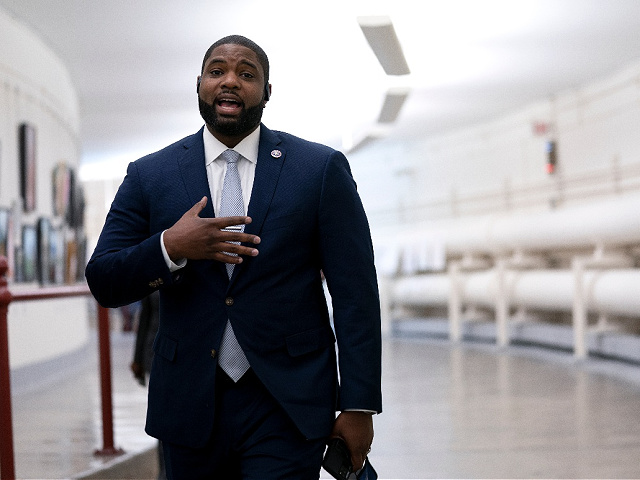 “I believe in securing elections … do I look like I support Jim Crow?” Donalds, who is black, asked the audience. “Does it look like somebody of my stature and melanin content, whatever, supports Jim Crow?”

Donalds then pulled out his Florida driver’s license, which he said he got right after college when he was struggling to make ends meet as a new husband and father.

“I was making a bit under $30,000 a year. I was newly married. I had a kid on the way. We were working hard. I was moving furniture on the weekend to try to figure out a way to just keep everything together,” he said.

He then revealed he got his first ID card when he was 13.

“My mother got me one of these when I was 13. We grew up in the inner city and we were poor. We were broke, but she said to me, ‘Byron, you a young black kid in the city of New York. You better make sure you have an ID, so you can identify yourself at all times. Now, my mama, who was poor in the inner city of Brooklyn, New York, could get me one of these at 13 years old, at 13,” he said.

“You mean to tell me that if I got to show this to vote, it’s Jim Crow?”

Now, he said, Democrats want Facebook to censor anything that goes against their ideas.

“You see the left has lied to America. They told us that they were going to ‘build back better.’ But the truth is the only thing they want to build is the second coming of a totalitarian regime in the United States of America,” he said, “But conservatives all across America, we know better and we’re not going to let that happen.”

“And we start that job at the midterm elections. You see for my friends on the left, because they’re caught up in the intersectionality of idiocy. They don’t see certain things happening, but I know something they don’t know. What I know is that in about 18 months, we’re going to fire Nancy Pelosi,” he said.