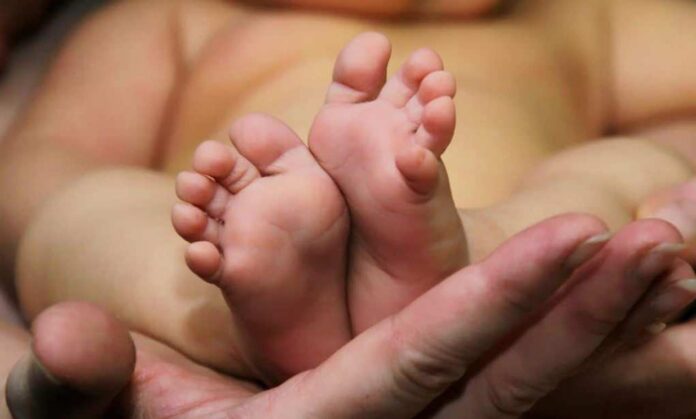 If the Democrats had their way, abortion would be free and legal to all, no matter the circumstances. But, of course, the only way it can be free is if you are forced to pay for it via your taxes. They’ve been fighting for such to happen for years.

And this week, they’ve gotten closer than ever.

On Monday, it passed a spending bill for the Department of Health and Human Services that, if pushed forward, would repeal both the long-controversial Hyde Amendment and its sister, the Weldon Amendment.

If your unfamiliar with these legislative measures, the Hyde Amendment, put in place in 1976, bans federal funds from being used to pay for elective abortions through most healthcare programs like Medicaid.

Similarly, the Weldon Amendment prohibits withholding federal funds from organizations that won’t cover or provide abortions. This was first included as law in 2005.

Basically, as they stand now, these laws mean that you don’t fund the killing of innocent children if you don’t want to and that the government can’t discriminate against facilities or groups that don’t support abortion.

Clearly, the political left doesn’t agree with either law and so would like them abolished.

Now, of course, they claim it’s because the laws have, in recent years, become rather racist, apparently affecting minority women more than whites.

According to Appropriations Committee chairwoman and Connecticut Democratic Representative Rose DeLauro, “(R)egardless of the original intent of Hyde, it has disproportionately impacted women of color, and it has ultimately led to more unintended pregnancies and later riskier, and more costly abortions.”

DeLauro says that “striking this discriminatory amendment” would be “doing what is right” for mothers, families, and communities.

CEO of Planned Parenthood Federation of America Alexis McGill Johnson quite naturally agrees, saying she’s thrilled about the idea of “the racist and sexist Hyde Amendment” being nixed. According to her, it has too long been a way for the government to deny “personal health care” decisions to low-income and minorities.

However, both women seem to be forgetting what democracy is all about, namely the voice of the people.

According to multiple sources, including a Knights of Columbus/Marist poll, most Americans don’t agree with taxpayer-funded abortions, regardless of whether they are pro-choice or not. This means the move to do away with the Hyde and Weldon Amendments is “out of step with the view of most Americans,” as Republican Texas Representative Kay Granger says.

And for a party that claims to be ‘democratic’ and for the people by their very name, that should mean something to most Democrats. However, as American Principles Project president Terry Schilling says, that doesn’t seem to be the case. And that lack of concern for those voices will be their undoing.

“Actions matter far more than rhetoric, and if Democrats continue to act as if the preferences of American voters don’t matter, then they should expect to pay the price for it in the next election. That’s how democracy works, after all.”

But the fact they are ignoring democracy will likely have much more immediate consequences for them if the party continues down this road.

As I mentioned before, the move to do away with these amendments has already passed the subcommittee, meaning a pass from the House Appropriations Committee itself if not too far out of reach. Neither is a win for the Democrats of the House floor if the vote follows party lines.

However, once it reaches the Senate, that’s a different story.

Thanks to the 2020 general election, the Senate is now squarely split down the middle with 50 Democrats and 50 Republicans. However, with the filibuster still fully intact, the Upper House still requires a 60-vote threshold. This means the Democrats will be very unlikely to get the measure passed, even if they can convince typical swing voters like West Virginia’s Senator Joe Manchin to stay on their side.

Therefore, the real question, as Schilling indicated, will be how many of them want to sacrifice their careers in pushing forward a motion that Americans disagree with and will never allow to happen. And boy, won’t that be fun to watch?