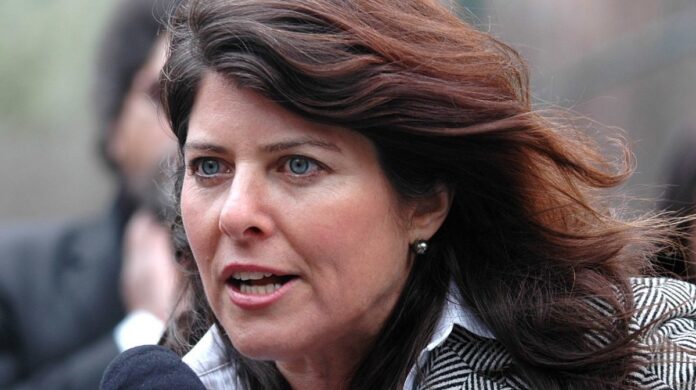 Liberals aren’t exactly known for crossing the aisle very often. In fact, it’s quite a rarity if they do. Usually, they are all about partisan policies and making sure their side is on top, no matter how they get there.

This seems to be exceptionally accurate when one is as invested in partisan agendas as Naomi Wolf.

If you haven’t heard of Wolf, let me give you a quick synopsis of her life’s work. Along with being a former adviser to President Bill Clinton, Wolf prides herself as a leader in the feminist movement forward, writing books and organizing action in favor of woke and liberal ideals.

So it might surprise you to learn that such a woman has recently taken up opposition to the bigger, more in control government plans the political left is trying to capitalize on currently – and she did it on the Tucker Carlson’s Fox News show of all places.

Now, to be clear, Wolf isn’t decrying any particular leftist ideal or policy, at least not according to her thinking. Instead, she says that the issue of concern is wholly bi-partisan or not partisan in the least.

So what is she talking about?

Well, newly-elected President Joe Biden, for starters, and his approval and pushing of lockdowns in light of the coronavirus pandemic.

According to Wolf, if the nation is left under the leadership of someone like Biden, who has turned to controlling the country with lockdowns and emergency powers, it won’t be long before America is entirely a “totalitarian state.”

The learned liberal tweeted just days after the November 3 election and Biden’s supposed win that lockdowns were a “terrifying practice” and one that would never end if we allow it to continue. She even claimed she would have never voted for Biden if she had known his penchant for lockdowns.

If I’d known Biden was open to ‘lockdowns’ as he now states, which is something historically unprecedented in any pandemic, and a terrifying practice, one that won’t ever end because elites love it, I would never have voted for him.

This and more recent and similar comments have led to gained attention on her views and eventually to her appearance on Carlson’s show.

Don’t arrest us!!! We’re at the Chief Martindale diner, another fab Airstream, this one from 1958. @BrianOSheaSPI had the smothered steak, I had the baked ham special. Dangerous! Illicit! Living on the extreme edge of human daring. pic.twitter.com/2ghBjynEsq

Once on the show, she explained herself further, saying that lockdowns are a direct violation of our Constitutional rights, and as such, every American, whether on the left or the right, should be concerned.

She said the assault on our freedom “transcends everything that you and I might disagree or agree on. That should bring together left and right to protect our Constitution. Whether they’re on the left or the right, they always do the same 10 things and now we’re at something I never thought I’d see in my lifetime. It is step 10 and that’s the suspension of the rule of law, that’s when you start to be a police state, and we’re here. There’s no way around it.”

Wolf continued, comparing what we see now to fascist Italy.

“Autocratic tyrants at the state, and now the national level, are creating this kind of merger of corporate power and government power, which is really characteristic of Italian fascism in the ’20s. They are using that to engage in emergency orders that simply strip us of our rights; rights to property, rights to assembly, rights to worship and all of which rights the Constitution guarantees.”

She says that just because our nation and the world are supposedly going through a pandemic, that doesn’t mean we can suddenly throw out our Constitution or the freedoms it gives Americans. Never before have we allowed such to happen. Not when we “lived through typhus, cholera, smallpox, HIV, tuberculosis, polio, the Spanish flu. We have lived through an attack on our soil – never have there ever been months and months and months of emergency powers when we weren’t actually fighting a war.”

It’s “completely unprecedented,” and if we let it continue, Wolf warns, we will eventually hit a stage when there is no going back.

Wolf, like Carlson and like myself, believe that now is the only time we have to stand up and fight for those rights we so desperately need if we are to remain free. We have to open up businesses, send kids back to school, and stop letting a corrupt and fallible leader tell us when, where, how, and what we can do.

She’s absolutely right. This is not a partisan issue. It’s a national one and one we can’t ignore any longer.

So will you stand for your rights or lay them down at Biden’s feet?