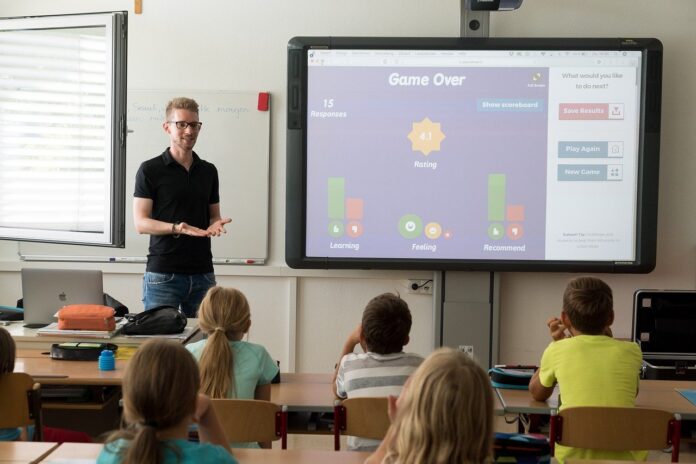 In recent months we’ve seen an increasing hatred towards whites in America, thanks to movements like Black Lives Matter, critical race theory, and the NYT’s 1619 project. In fact, it has become so normalized that the political left successfully ousted former President Donald Trump for what seems to be no other reason than that he is white and, therefore, inherently evil.

But as it turns out, hating whites can have some nasty consequences. Just ask New York City principal Paula Lev.

Currently, Lev leads the High School for Law and Public Service in Washington Heights. But now, thanks to an apparent problem with her white employees, she’s in jeopardy of being replaced.

According to the New York Post, her animosity towards those of white descent and the multiple attempts to remove them from their employ has led a whopping 83 percent of her school staff to lose “confidence” in her ability to lead anything much less an entire school.

Last week, those staff members joined together to file a formal complaint against Lev, who is Dominican, to the Department of Education’s Office of Equal Opportunity.

Now, it’s important to point out here that Lev’s staff is pretty diverse, made up of black, Jewish, Hispanic, Asian, and, yes, white teachers. The student population is also fairly diverse, with about 67.9 percent of the local community being Hispanic. This means that this isn’t just white teachers complaining about a principal who isn’t.

Instead, the complaint was signed by nearly every staff member, regardless of race, on Lev’s payroll. And they all have stories to back up the idea that she “flagrantly but unsuccessfully attempted to divide our school by race.”

As one minority teacher can attest to, in June, Lev tried to get him to work with her to eliminate an unidentified white female staffer.

As he says in the complaint, “Ms. Lev asked me to conspire with her on a couple of occasions in getting rid of my colleague. She also stated to me in Spanish that she was ‘going to get rid of all these white teachers that aren’t doing anything for the kids of our community.’”

Naturally, this drew concern from the teacher, who then reported her. Hardly a week later, Lev informed the teacher that he should be looking for another job, as his position was no longer needed.

As one of his colleagues remarked, “He blew the whistle on her and a week later, he was excessed.”

For white teacher Nick Bacon, it was a bit more personal.

Bacon, as a white teacher and a local teachers union leader, Lev never seemed to like him. This became pretty much public knowledge in February after Bacon filed a common grievance about a labor issue for the union that would have negatively impacted much of the staff.

According to Bacon and six other staffers, Lev flew into a fit of rage over the situation and proceeded to accuse Bacon of being racist in front of his colleagues.

In a letter to the district’s superintendent, Manny Rodriguez, that was signed by most of the school’s staff, Lev said to Bacon, “I wasn’t sure what your problem with me was, maybe it’s because I am a woman of color and you’re a white man?”

After the labor issue was solved, with the union winning, Lev was forced to smooth things over a bit with Bacon. But while she did apologize to him, she only said she was sorry for publicly accusing him of racism.

In her private apology, she told him that she, in no way, shape, or form, actually thought he wasn’t racist. In fact, she thought she was rather spot on and suggested that Bacon check his privilege and read the 2018 book “White Fragility: Why It’s So Hard for White People to Talk About Racism.”

Now, it’s important to point out that while Lev’s apparent racism towards whites seems very real, she is actually married to a man, another NYC principal, who appears to be white. I’m sure she would say this proves that she isn’t racist.

Then again, that same argument isn’t exactly working for those like CNN’s Don Lemon, Vice President Kamala Harris, or Minnesota’s Rep. Ilhan Omar, is it?

And, likely, it won’t work for Lev either. Now that her racism has been outed, she’ll be lucky if she’s ever allowed in a school again, let alone leading one…