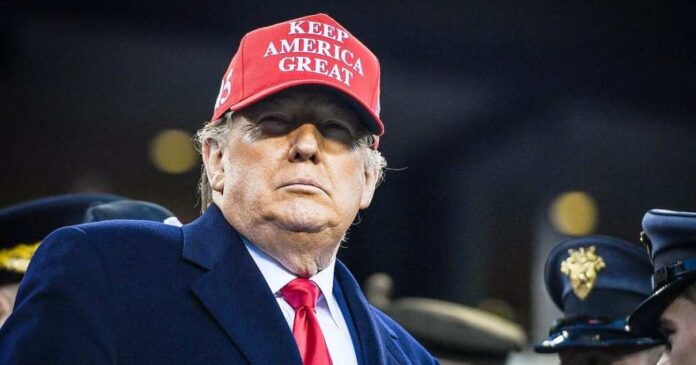 The 2020 election was the worst election of all time. The nasty Democrats were able to get their media allies to ignore a massive scandal that is still being uncovered one bit at a time. The methods employed by the liberals to hijack an election gave them something to worry about for years to come. And now that states are performing their audits looking into the claims made by Donald Trump, they are finding some excellent results.

The weeks to follow the election were full of ignorant statements by liberals on just about every media statement. They all claimed that Donald Trump was crazy and that he was making things up to stay in the White House. But the more people dug into the matter; the more questions came to the surface than answers.

The questionable facts and statements would prompt state leaders to investigate further claims of fraud and violent actions towards conservatives seeking to do their job and validate election results. Donald Trump kept telling the country that the liberals were up to illegal behaviorisms. Still, the media ignored the claims and tried to keep everything silent until after Biden was sworn in as president.

But the investigations did not stop once Biden sat in the Oval Office. States accused of being duped took to performing further audits to find out if any claims were valid.

And what is being uncovered is shocking the pants off state officials and leaders that thought Donald Trump was crazy. They are finding out that he is right once again.

Tucker Carlson is the latest media personality to bring the matter to the American people. He has come out and agreed that voter fraud did take place in Fulton County, Georgia. His statement is drawing criticism from people that still want to deny it ever took place.

He stated, “It now appears there actually was meaningful voter fraud in Fulton County, Georgia last November. That is not a conspiracy theory, it’s true. From the beginning this show has tried to be fact based when we talk about the 2020 election results.”

The thought of “meaningful voter fraud” is a fancy way of saying someone cheated. And that someone is the Democratic Party. They cried and complained that COVID-19 was going to keep from voting. So, they fought to have drop-off boxes stationed around the country. These locations gave them the ability to drop off excessive amounts of ballots and not have anyone question the validity of the forms.

Carlson noted that “At least 36 batches of mail-in ballots from the November election were double counted in Fulton County. That’s a total of more than 4000 votes. Those numbers come from a group called VoterGA, which along with Bob Cheeley sued to get them. The final tally from the double counts we know about amounts to more than 3300 votes for Joe Biden and 865 votes for Donald Trump.”

All of that to say that thousands of votes were duplicated, and the majority were for Joe Biden. The copying of ballots is enough to cause the outcome of the election to be different in Georgia. According to Carlson, Trump should have won the county.

The Democrats needed millions of fake votes to show up for Biden. They had to find ways of creating fake ballots for Biden, and duplication was the easiest way.

The proof is found in the security video found by VoterGA. The video clearly shows people taking Biden ballots and scanning them through several times. The foggy part is that no one is admitting to the crime.

Carlson noted that “Surveillance footage obtained by VoterGA appears to show large numbers of ballots being scanned multiple times…the question is how many times were those ballots counted? Was each vote counted more than once? Fulton County won’t answer that question.” The officials in Fulton County are keeping their mouths shut because they know they have been caught, and they do not want to face legal action for their hideous mistake.