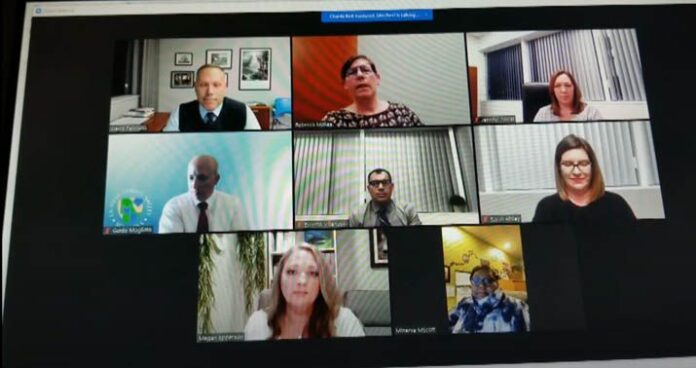 It is located east of San Diego. The meeting took place on Tuesday and the school reopening was supposed to be discussed. These discussions were stymied by the vice president of the board, Chardá Bell-Fontenot. “We have to give the teachers, we have to give the students, the parents a date” was the statement that touched off the argument.

This seems like a simple enough request but no one seems to be willing to fulfill it. The response that was given to this very rational statement is ridiculous and if we had kids in this school district, we would have to seriously consider a move. “We don’t have to give anybody any date,” Bell-Fontenot shot back. She continued, “I don’t know where you’re getting information or who is telling you that we have to make a decision today, but that is not how this works.”

This is the type of stubborn behavior that we are repeatedly forced to endure. There’s a jump cut before school board member Sarah Rhiley offers up some valuable statistics. Out of all the parents in this school district, 70 to 80 percent of them are ready to send their kids back to school. “The 70 and 80%, who are they? I would like to know geographically from which school sites, which language group, and how they conducted this feedback,” Bell-Fontenot asks.

This is the way that they talk when their insane opinions are challenged in any meaningful manner. The grasping at straws that is taking place here is hard to fathom. “I can’t make one and I will not make one,” she says and that about sums it up. The kids and the parents are waiting to see when normalcy will return but they are not going to get a good answer from this insane woman.

“You’re welcome to abstain I believe, right?” replies Rhiley. “There’s no reason to be nasty to me,” says Charda. To the best of our knowledge, she’s the only one who sounds even a little bit worked up here. That’s how the liberals roll. They get loud, shrill and crazy. When are they checked on it, they resort to rhetorical questions that they do not want anyone to seriously answer.

“If you wish to vote no, you are more than welcome to,” another board member reminds her after a jump cut. This is when things got really crazy. Like many liberals, she decided to turn this into a white supremacy conversation. She claimed that the board members who wanted to vote to open the school were engaging in a form of racism.

“So how are we forcing what seems like a very white supremacist ideology to force people to comply with, you know, and conform…So I don’t want to be a part of forcing anybody to do anything they don’t want to do. That’s what slavery is. I’m not going to be a part of it,” she claimed. This is one of the most insane clips that we have seen in some time and that is saying something.

Board president Rebecca McRae did what she could to gain control of the meeting but the damage was done. Bell-Fontenot claims that her statements were removed from their original content in a statement that was drafted in conjunction with her attorney. As for the school board, they issued their own statement, claiming that the statements were not appropriate. The classrooms are going to be open again on April 19, so we are happy to report that this woman did not end up getting her way.