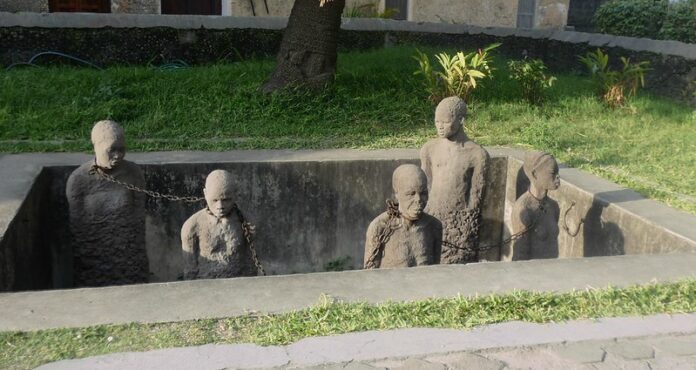 St. Joseph’s University, a Jesuit institution, has decided to cave to the pressures of the liberal agenda that Biden is enacting. Gregory Manco is a math professor who got suspended from his post for a tweet. He decided to speak out against the idea of reparations in the United States and the liberal outrage mob came for him swiftly.

Slavery has been over since 1856, for those keeping score at home. College campuses have apparently passed a new law. No more arguing against reparations or you are going to lose your job. Gregory took to his Twitter account to argue against what took place.

“Twitter friends, It appears that cancel culture is now knocking on my door. In advance of a school newspaper article, I wanted to share my thoughts here in a way that they would be unfiltered,” he tweeted from his personal account. He even shared a photo of the school’s faculty handbook. It says that he is exempt from discipline or censorship when speaking on his own accord outside of university duties.

What he says on the SouthJerzGiants account should not be held to the same level of scrutiny as what he says in the classroom. The College Fix has more about what took place here. “Gregory Manco, a math professor at St. Joseph’s University, has been suspended by administrators for tweets in which he argued against slavery reparations and racial bias training.

A written notice from the school’s human resources department to Manco called the tweets “biased or discriminatory,” and he has since been placed on paid administrative leave pending the outcome of an investigation. At issue are three tweets from his anonymous account, “South Jersey Giants.”

In the second, he argued racial bias training “divides us and *worsens* race relations.” In the third, he responded, “Yet here you still are” to a woman who said that black people and Native Americans “have been hurt horribly” in America.

For that, campus leaders have removed Manco from the classroom.

“We thank our students for bringing to our attention a possible violation of our values. The University launched an investigation into a report of bias. The faculty member will not be in the classroom or in a coaching role while the investigation is conducted,” Director of Public Relations and Media Gail Benner wrote in an email to The College Fix.

When The Fix asked Benner what, specifically, was objectionable about Manco’s tweets, she wrote back that “the statement is our full comment on the issue.”

Manco does not seem to be too hurt by what happened. If we had to guess, he is probably sitting down with a legal representative and figuring out what his next move is going to be. The liberals have failed to realize one important thing: cancellations do not work. All they do is cause people who are sane to rally around the person in question.

Even someone who does not agree with the professor’s tweets is sure to wonder why he cannot express his own opinions on his own time. We could see if he was dedicated classroom time to this concept but he’s not. College campuses used to be a place for debate. Now, they have become a complete and total echo chamber where the woke crowd can silence anyone who says differently.

This is not the college experience that our kids need to be having. If a professor cannot even speak their mind during the course of their day from their own Twitter account, what are we even doing here? When Manco ends up taking home a hefty settlement, the liberals who put them in this position are going to end up wishing that they did not.