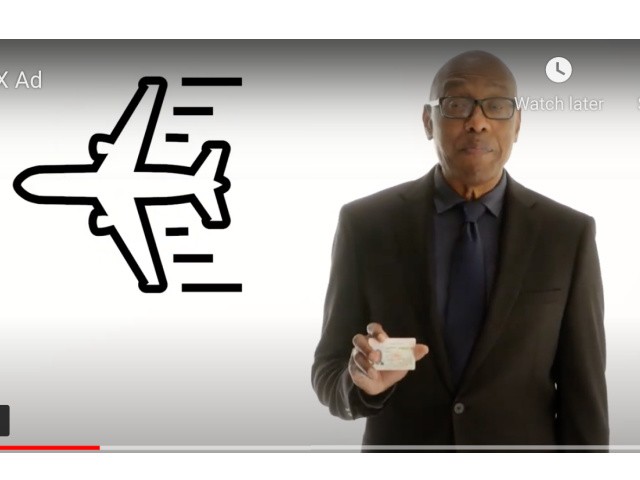 In a straight-to-camera appeal, Melvin Everson–the black man in the new Republican National Committee (RNC) television ad–explains to viewers that he has no problems getting an ID.

“I’m Melvin Everson, says it right here,” Everyone says in the ad. “I use my ID to drive, fly, even pick up tickets to a ball game. It proves I am who I say I am. But Democrats say Black folks like me don’t know how to get one of these. The truth is they think this stops them from winning an election. That is what Democrats really care about.”

The five-figure ad will air on television in Austin, Texas, and was provided exclusively to Breitbart News ahead of its public release.

The ad also comes as Texas Gov. Greg Abbott, a Republican, has tried to convene a special session of the state legislature to consider election integrity reforms, but Democrat lawmakers from the legislature’s minority absconded to Washington, D.C., on a private jet in an apparent attempt to deny the state House a quorum. The state Senate already passed the election reforms.

The Texas state House Democrats’ Miller Lite-fueled maskless joyride to Washington was at first much ballyhooed, with fanfare from the establishment media and praise from Democrat President Joe Biden and Vice President Kamala Harris.

Biden and Harris even hosted them at the White House for an eccentric speech from Biden attacking Republicans for their efforts to secure elections nationwide, but since that event it has become clear at least six of the Texas Democrats have, despite having been fully vaccinated, come down with coronavirus diagnoses.

The super spreader event at the Biden White House led to Harris being forced to be tested this weekend for coronavirus–and the White House says she did not test positive for infection–but White House staffers and advisers to House Speaker Nancy Pelosi and others on Capitol Hill have been infected with the virus as a result of the events.

RNC chairwoman Ronna McDaniel said in a statement accompanying the new ad, also provided exclusively to Breitbart News ahead of its public release:

Texas Democrats’ trip to D.C. has been a disaster, from their superspreader events to lying about proposed election integrity reforms which the American people widely support. Democrats’ opposition to commonsense voter ID shows just how out-of-touch they are, and further proves their lies and hysterics are merely a show to justify a federal takeover of our elections. While Democrats launch dishonest theatrics, Republicans will continue our comprehensive efforts to make it easier to vote and harder to cheat.