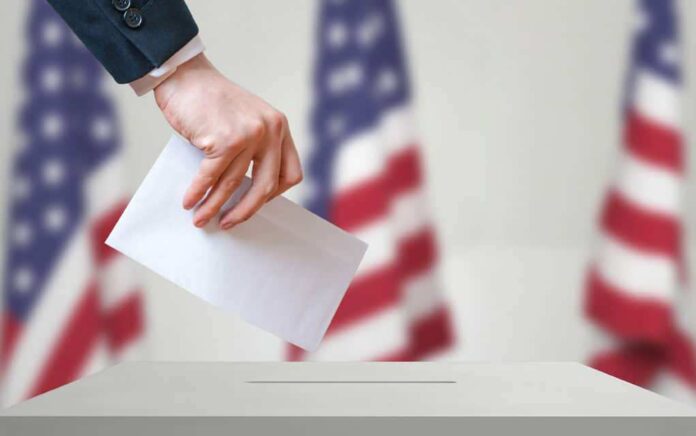 Most of the country has been anticipating the much-debated Arizona election audit results, the first full forensic audit of its kind to happen on such a large scale. Well, the wait is finally over, at least in part.

While the audit has not been completely finished yet, there has been enough progress made to announce a few results and findings, which was done on Thursday in a hearing briefing the state Senate.

Suffice it to say that the results thus far describe an election that has so many problems, it’s hard to know exactly where to start fixing the issues.

For the purpose of this article, let’s begin with a few of the more significant issues at hand.

As you well know, former President Donald Trump has insisted since the time of the November 3 election that his win was “stolen” from him due to such fraud. And while there have been a few cases where individual fraud has been proved, Trump and those of like-minded thinking have been unable to make any such allegations stick on a grander scale.

The recent audit results just might change that, though.

According to one finding revealed on Thursday, records were found missing for some 74,000 absentee ballots. There is no record of the 74,000 votes ever being received by election officials or that they were even sent out. And yet, the votes exist…

Another issue is that there were a substantial number of inconsistencies found when examining the state’s duplicate ballots. If you’re unfamiliar with this term, it is much like it sounds. When a vote becomes damaged or improperly marked, making it hard for machines to read it, a duplicate is created.

There were 25,000 of these in Arizona’s case, but for a great many, the duplicates were hard to match up to its duplicate ballot.

As former AZ secretary of State and Arizona Senate liaison Ken Bennett explained, some serial numbers were utterly missing from duplicated ballots, while others were printed over “black square alignment marks,’ creating a problem with reading the numbers.

Another problem discovered was that many of the ballots appeared to be printed on the wrong type of paper, as well as the wrong kind of writing utensil used. The combination created “bleeds” in the ink, making it appear that a vote was cast for a particular individual who may not have been meant.

The theory, in recent days, has been dubbed the “SharpieGate” controversy by its critics. However, the audit just gave us proof that it could play a significant role in the election results.

Lead auditor and CEO of Cyber Ninjas Doug Logan spoke at the Thursday Senate hearing and explained that all ballots, whether cast in person or via the mail, must be printed on what is called VoteSecure paper. This is very thick and has a special coating that prevents such things as bleed-through if something other than the usual and permitted ball-point pen is used to mark a ballot.

However, Logan says that not all ballots were printed on VoteSecure paper, as evidenced by the massive number of bleed-throughs on examined ballots, as well as the visible thinness of the paper.

As Logan explains, “This is an indication of problems that could cause an overvote situation, or could cause votes to be cast for a different candidate than intended.”

Additionally, as the Maricopa County website reveals, the election office actually encouraged the use of Sharpies at polling centers, claiming “new election equipment” was being used. As the Citizens Clean Elections Commission in the state reported, “Sharpies were distributed for ALL voters on Election Day.”

The two, in combination, spell massive problems for the county that are still being investigated by the audit.

And then, of course, as Trump suggested, there is now proof that an “unauthorized access” was made to the Maricopa County election system’s security. Auditor Ben Cotton briefed the state Senate that evidence shows the registration server being hacked or breached.

But even more telling than that is the fact that Cotton says the software was so outdated, such a hack could be completed in no more than about 10 minutes by someone with the right skills.

And just like that, the entire county’s election goes up in smoke.

As the audit isn’t complete, we don’t yet know what kind of results the county, let alone the state, will end up with. But one thing is for sure; if the American people are to ever trust in our election system again, we have some major problems to fix…