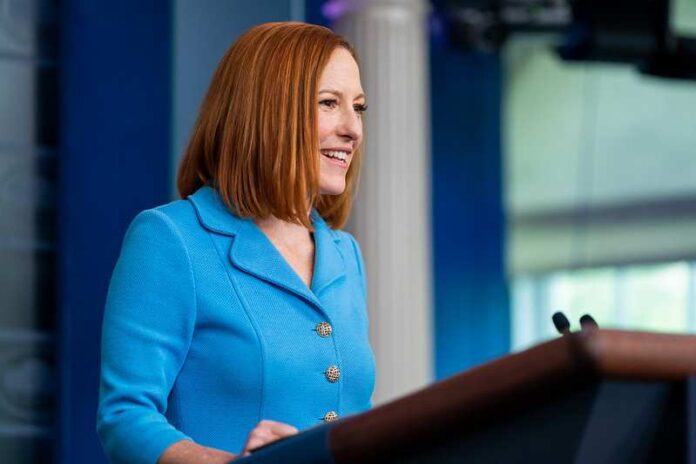 Jenn Psaki is the spokesperson for the White House. She has to tell America everything that Biden commands her to speak. The nutty president’s secret plan for America is to get everyone to embrace communism with a heart that accepts it willingly. For years the Democrats have painted the picture that socialism is grand and wonderful. But now that Cuba has fallen into disarray, they have to admit that their vision of America would be an absolute failure.

Psaki was forced to admit that communism was a total failure. Every time a nation embraces its ideology, the country self-implodes and is brought to its knees. It has happened in every country in the world that has tried to make the failed system work.

Biden and his staff have tried to avoid talking about Cuba. They even lied about the root causes of why the people were protesting and revolting the streets. They tried to tell the world that it was because of COVID-19. And when that did not work out for them, Psaki tried to claim it was because of money.

Her quivery little voice stated that “I would say communism is a failed ideology and we certainly believe that. It has failed the people of Cuba. They deserve freedom. They deserve a government that supports them, whether that is making sure they have health and medical supplies, access to vaccines, or whether they have economic opportunity and prosperity.”

Psaki may claim that Biden believes these things, but they are just words from a hot air balloon. He just admitted that they need everything that America has going for itself right now. And the Democratic Party wants to tear down what American’s have and replace it with what the Cubans have been suffering with for decades.

She went on to claim that “And instead, this has been a government and authoritarian communist regime that has repressed its people and has failed the people of Cuba. Hence, we’re seeing them in the streets.” And it is about time that Biden catches up with the rest of the country. Now he needs to act on his words and show how freedom is better than a dictatorship.

After spending all week refusing to condemn communism and the fact that the Cuban people have had enough of this far-left regime, Jen Psaki FINALLY admits to Fox’s Peter Doocy that “communism is a failed ideology” and the Cuban people “deserve freedom.” pic.twitter.com/6nQlocBEbX

Deep down inside his demented mind, he believes that a dictatorship led by Joe Biden would be the best thing for everyone. He would get the chance to tell everyone what to do and how to do it. He would even be able to force people to give him things that he would otherwise not be able to obtain. He would be the next Cuban leader.

Psaki tried to save face with her boss’s past statements by working them into her speech. She noted that the COVID and economic issues were pieces of the same ball. That might be true if Biden did not try and pass them off as the sole reason people revolted in Cuba.

The Cuban people have been subjected to unimaginable horrors of an ideology that has killed millions of people thought out the years. Communist countries steal from their people and staple their mouths shut when they try and speak out against the horrors they live with each day.

Communist China has tried to exterminate people that refuse to follow their evil ways. They have tried to sterilize people, so future generations killed off secretly. They have silenced their media and kicked international journalists out of the country.

The Cuban military has already been used to kill protestors in the streets. The evil dictatorship wanted to send a clear message to any person that would want to speak out against the regime. By killing people in broad daylight, he sends the message that the next person who opens their mouth will be next.

Communism is a selfish government that only looks out for the elite. And the Democratic Party has set itself up to appear to be the elite in America. It is curious how their political figures enter politics as poor people and come out two years later with millions of dollars to blow on trash.

The Cuban people are feeling the weight of their dictator’s thumb. He is trying to extinguish the people by silencing their voices. And unless they have help, there is a good chance that they will be defeated, and freedom will have slipped away for another generation.