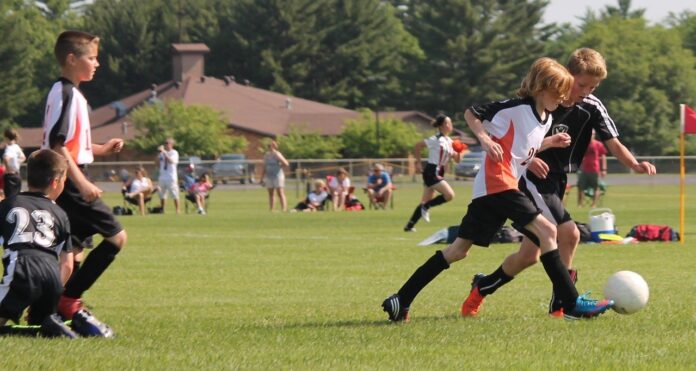 Well, a recent study in Wisconsin proves that the liberal have been wrong.

Democratic governors and mayors and teachers’ unions keep schools and school activities on lockdown in the name of protecting against the spread of COVID-19.

Only, it’s not really to protect. The likelihood of increased transmission rates in student sports is nominal.

The University of Wisconsin School of Medicine and Public Health published a large study regarding youth sports. They looked at the health of over 30,000 high school athletes that played any sport in the fall.

The study showed that there was nearly zero transmission among players, coaches, and even support staff.

It shows that the liberals were wrong. Locking out sports as a preventative measure was useless. There was simply no need to lockout sports because it wasn’t causing a skyrocket in transmission rates as many had assumed.

In Wisconsin, the governor had wanted to cancel all fall sports. The state’s Supreme Court ruled that it wasn’t allowed to make the call.

So, schools restarted the sports programs, beginning in September. Students were required to wear masks when competing. Democrats were in an uproar, claiming that it would lead to a super-spreading outbreak.

Only, there was no outbreak.

Kids, coaches, and staff managed through the whole season without it turning into a super-spreader.

The study showed that the high school athletes participated in practice and games throughout the fall schedule. And the transmission rate was low enough that it didn’t cause any worry. Among high school athletes, it was 32.6 cases per 100,000 person-days. This is lower than the general population of Wisconsin residents in the 14 to 17-year-old age range.

As for whether the transmission rates varied between contact and no-contact sports, there were no statistical differences.

After digging into the cases obtained while at school, it seems that only one case was a result of participating in a sport.

This study should change everything. It should prove that not only should school sports be immediately restarted around the country but also open all schools.

It’s time to stop playing these liberal games and let kids get the in-classroom educations they need.

Liberals have been trying to say that elementary kids are less likely to get COVID than high school kids. So, while some elementary schools have opened, high schools in some areas remain cast as virtual-only.

The study has shown that high school kids playing a sport aren’t at risk of high transmission rates. If they can be tackling each other on a field and sharing locker rooms without transmitting the coronavirus, it should be safe enough for them all to mask-up and share a classroom.

Researchers at the university have even gone as far as saying that mask use wasn’t associated with the decrease in COVID incidents, either. Wear a mask, don’t wear a mask, the kids are fine.

The only reason that the liberals are still insisting that schools must remain closed is that they’re playing a dangerous game. They want more federal funding as an incentive to open the schools. They’ll hold the education of American children hostage until they get the D.C. liberals to swindle the money away from those who are fiscally responsible. The GOP knows that there is no reason to offer an incentive. Teachers shouldn’t have to receive an incentive to do their job.

Open the schools. The research has proven the liberals to be wrong. Someone give Joe a pen. With a single executive order, he can get schools open and spring sports back in session.