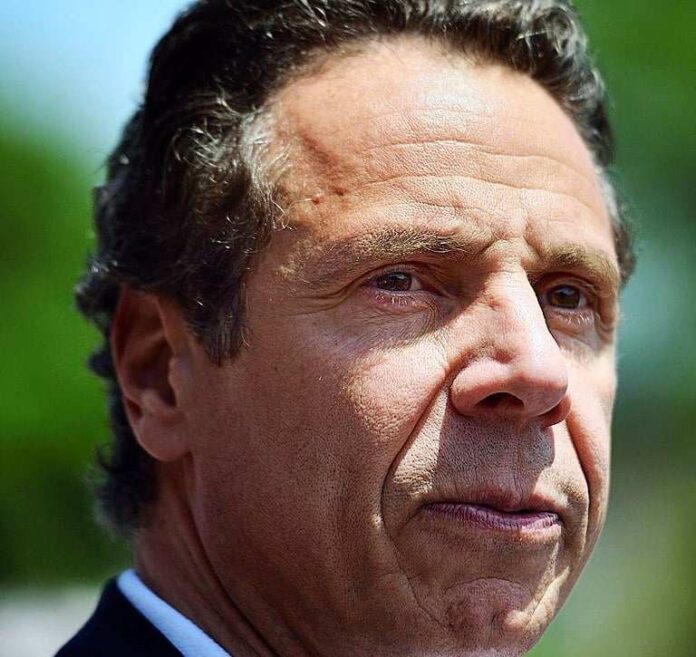 New York Gov. Andrew Cuomo is no stranger to controversy, thanks to his life in the spotlight, perpetual lying, and generally mob-boss type activity since taking office. He is, however, a stranger to being called out on his troubling and likely illegal actions.

It’s unclear why the good people of New York voted a person like Cuomo into office (unless of course, it was all the bad people of New York who took to, and possibly tampered with, the polls that day) but it is clear that the investigative powers of the state can no longer turn a blind eye to what has become a media firestorm.

While you may not yet know which controversy it is that is being referenced here, that in and of itself should be a sign that a politician might not be of entirely reputable character. In this case, however, we’re referencing his affinity for (supposedly alleged) sexual assault and all of the women who have come forward to blame the governor for believing women … wanted to be touched by him.

According to The Hill, New York Attorney General Letitia James’s office is expected to question Cuomo in the coming days as part of their investigation into sexual harassment allegations against the governor, according to multiple reports.

This “probe” (their words, not mine) takes place after allegations of the assault began to spread and balloon into scandal-worthy proportions. The investigation, first reported by The New York Times, will feature Joon Kim and Anne Clark, “the attorneys hired to oversee the investigation, who is expected to interview Cuomo, citing people familiar with the probe.”

“The attorneys in recent weeks have interviewed senior officials in preparation for the questioning, the Times reported,” the Hill reported. “Investigators have also interviewed the women who have accused Cuomo of sexual harassment.”

The Associated Press also confirmed the interview and cited two people familiar with the case. While it shouldn’t come as a shock that such an investigation is going forward, it’s somehow still surprising to see the Democratic governor of New York and a staunch liberal being potentially held accountable.

It’s not that there’s any lack of evidence against him. Cuomo was accused by multiple women with very different yet consistent stories, about a range of inappropriate behavior on the part of the governor. The governor has, of course, denied the allegations ag

James’s office declined to comment to the AP and The New York Times, however, Richard Azzopardi, Cuomo’s senior adviser, told both news outlets that any information leaked about the probe is evidence that the investigation is politically motivated.

“We have said repeatedly that the governor doesn’t want to comment on this review until he has cooperated, but the continued leaks are more evidence of the transparent political motivation of the attorney general’s review,” Azzopardi said.

In case that wasn’t troubling enough for the state’s executive officer, just wait, there’s more. According to the same report in The Hill, James’ office is also involved in an investigation about a totally separate, and yet much worse scandal surrounding the under-reported death counts related to COVID-19 in nursing homes.

“The New York Assembly is currently carrying out an impeachment inquiry into the governor over both scandals. The State Assembly Judiciary Committee announced earlier this month that it would begin issuing subpoenas as part of the inquiry,” the report read.

Maybe it seems trite to say that the second offense is worse than the first. However, while no assault and no wrongdoing mentioned here is excusable, it’s a reminder that in the second case, the numbers were changed, likely, to fend off family members who would have attempted to take and care of their elderly relatives, had they known the truth. And at the end of the day (and the end of all days) we are reminded, that while there’s life, there’s hope. And that hope went out for many more than was necessary.