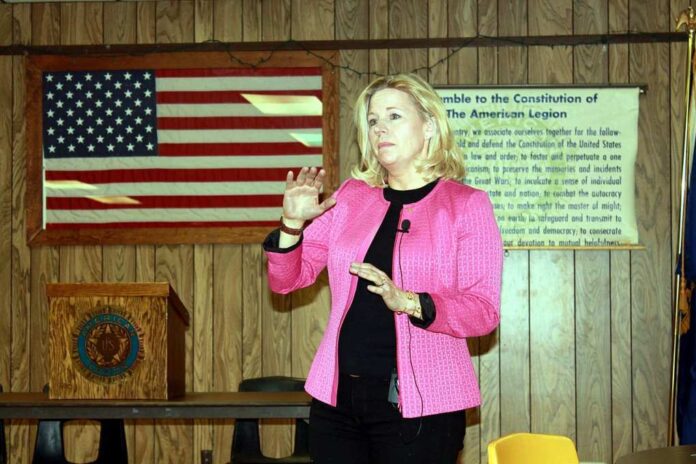 Rep. Liz Cheney (R-Wyo.) is not the most popular Republican among her peers in the House of Representatives. In fact, she’s probably not even among the top 50, to Republicans that is. She’s much more popular with Democrats, who see her as a possible defector on the issue of the Jan. 6 Capitol Hill riots (among other things) and have taken her into the fold.

This turn of events flies in the face of the hard-core Republican that dear old dad, former vice president Dick Cheney, always appeared to be. Earlier Cheney was so aggressively conservative that sometimes even conservatives were a little frightened of him.

But that’s not the legacy of his daughter. In fact, the younger Cheney is so frustrated with her compatriots in conservative red that when hard times came, particularly the Jan. 6 Capitol Hill riots, the Wyoming Republican was livid with fellow congressperson, particularly  Rep. Jim Jordan (R-Ohio) who she claims should have to shoulder responsibility for the demonstration that got out of hand.

According to The Hill, Washington Post reporters Carol Leonnig and Philip Rucker wrote about a call that Liz Cheney had with Gen. Mark Milley, the chairman of the Joint Chiefs of Staff, in which the Wyoming Republican describes a confrontation she had with Jordan during the riot, CNN reported.

“That f—— guy Jim Jordan. That son of a b*tch. … While these maniacs are going through the place, I’m standing in the aisle and he said, ‘We need to get the ladies away from the aisle. Let me help you.’ I smacked his hand away and told him, ‘Get away from me. You f—— did this,’” Cheney reportedly told the general.

Jordan, a fellow Republican, appears to have frustrated Cheney in some way, possibly due to his continued and staunch support of former President Donald Trump. Cheney, on the other hand, hasn’t cared for the former president and has been one of the only Republicans to turn against him fully since the Jan 6. event.

Her vocal support of the Democrat cause to pin the blame on the former president for the deaths caused by the riot won her no points with her fellow Republicans and the northern Republican lost her position as the most powerful woman in the Republican congress. Additionally, she is currently the only Republican who has been selected to be on a Jan. 6 panel that will investigate the Capitol riot and the events leading up to it.

The question becomes, why is Cheney so staunchly against Trump? The obvious answer would be of course if it somehow profited her monetarily or in status. While we don’t know the details of her finances, it doesn’t appear to be gaining the House Republican any status in her party, and she doesn’t seem ready to jump ship and become a Democrat. In fact, she might well have learned a valuable lesson from news anchor Meghan Kelly who was out of sorts with Trump and ran to the left, only to be thrown out like yesterday’s newspaper when her leverage for bad press against Trump ran out.

It’s possible a back alley deal was brokered that means she has to stand against Trump forever, but it seems far more likely that Cheney is just another example of a hardcore GOP namesake who will go to her grave a Republican, frustrated with Democrats and incensed by real conservatives, or really anyone who wants to change the system, It might not come as a shock that someone like Cheney would breathlessly report that she has been cursing like a sailor while someone tries to help her, but it might cause some people to change their view if the Republican and possibly see her opponents more favorably.