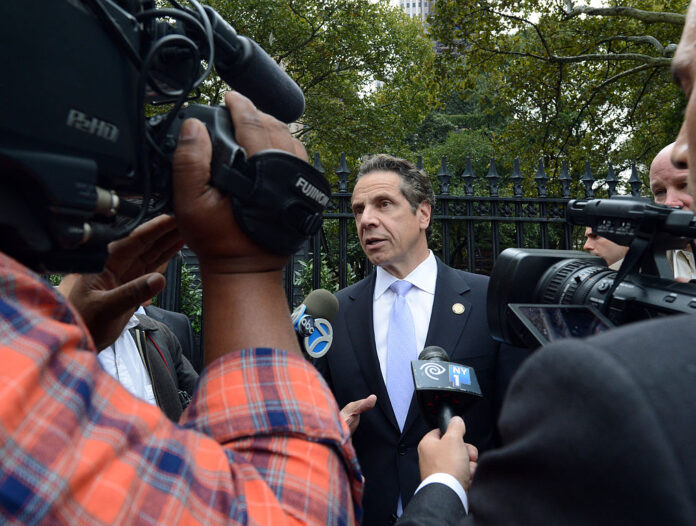 Andrew Cuomo just could not keep himself from any more trouble. Killing elderly people was not enough for him. So, he made sure that he could be accused of a sex scandal. His reign of terror is all but coming to an end.

The lousy liberal media has also failed in their duty to report on the matter. Their secret hope is that the problem will silently disappear. All of the significant naughty networks have worked overtime to bury the matter in the depths of a digital grave.

Cuomo could only hope that people will forget about his senseless deeds. But that is just not the case. The vultures have started to circle because they can smell death in the air.

New York City’s mayor Bill de Blasio has his joker’s grin in full bloom now that his archrival is facing sex charges. Whenever de Blasio is on television or asked questions, he takes Cuomo and throws him to the dogs.

The investigation into the deaths of elderly people is just the first burr in Cuomo’s saddle. His former aid, Lindsey Boylan, has accused him of sexual harassment.

Boylan accuses the crooked Cuomo of what she calls “really disturbing” sexual advancements and harassment methods he did towards her. She is claiming that he forcefully kissed her without any announcement or warning. He just came right up to her and rubbed his lips against her without consent.

Boylan is also accusing the sick man of telling her to “play strip poker” with him. No one would ever know since they were in a state-run jet. They could do whatever they wanted without anyone ever knowing or seeing them.

The allegations are just what the doctor ordered to bring down a crooked governor. De Blasio stated, “Look, these allegations are really disturbing, let’s be clear about that. When a woman comes forward with this kind of very specific allegation, we have to take it seriously. This kind of behavior, if true, is unacceptable.”

The mayor is calling for an investigation by a person or “some individual or entity that is not compromised” by the sick Cuomo. The governor has an evil way of pinning people down and getting what he wants out of them. He totally dominates people under him for the sole purpose of controlling them.

It is a beautiful thing to sit and watch the Democrats destroy each other. De Blasio is not any better than Cuomo regarding what he stands for. In a sick and perverted way, he acts like he is jealous of the governor and would love to have his position.

Cuomo and de Blasio hate each other with a passion. If one of them were to be hurt, the other would silently laugh and wish it to happen a second time.

Like a good Democrat, Cuomo denies everything terrible that is said about him. He is also known to attack people that speak out against him. He stated against Boylan that “As we said before, Ms. Boylan’s claims of inappropriate behavior are quite simply false.”

It is hard to believe anything that Mr. murderous Cuomo has to say about the accusations. He has lied about the murders and the COVID-19 data, so it seems likely that he is lying about these events as well.

At one time, Joe the clueless Biden referred to Cuomo as the standard that everyone should follow as they battle the virus. But now that he has murdered thousands of people, no one wants to have anything to do with him.

Cuomo leads the National Governors Association. Biden considers him to be the set standard of what Democrats should look like. And he is not too far off with what he is thinking. Democrats are a crooked bunch of thugs that think they can do anything to people and get away with it.

Cuomo hideously targeted Boylan. He forced himself on her, which is a criminal offense. And then he tried to get her to do things that were inappropriate in private with him. Cuomo should be sitting behind bars for the way he tried to rape Boylan sexually.