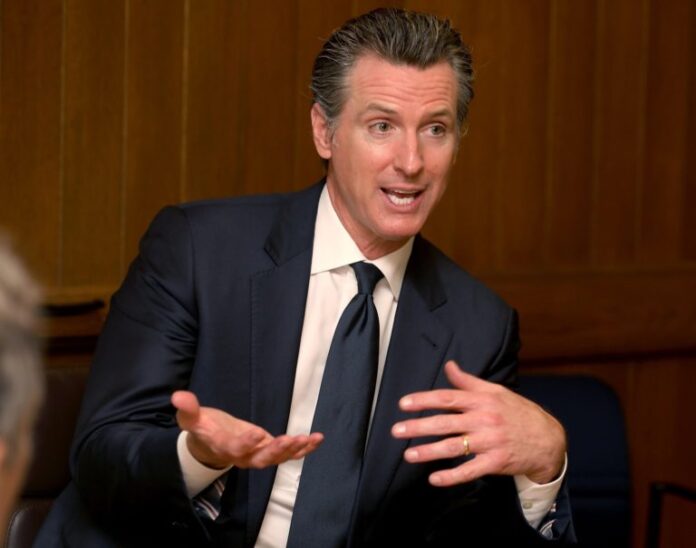 State law mandates that payments greater than $5,000 are supposed to be reported. But donations for politics are not caped. Newsom received $12 million in 2019, and in 2020 he got people to give him $226 million.

Donating money to a corrupt governor may not seem like anything is wrong. Except Newsom is accused of granting favors and lucrative contracts to people who donated money to his nasty business. Newsom is a greedy Democrat that seeks money at all costs.

Newsom sits under a pile of complaints from people that claim he is granting political favors. Newsom received $45 million from Kaiser Permanente and Blue Shield of California alone to fund his failed housing initiative.

In return, both businesses were then hand-picked by Newsom to distribute the vaccine. And then Paul Markovich, who is the president and CEO of Blue Shield, was put as a co-chair of the COVID-19 task force. Positions of leadership and position that have tremendous benefits. All because they had given money to naughty Newsom.

In another sick moment of favoritism, Newsom gave out million-dollar contracts to United Health because they gave tons of money in 2018. One contract they received was in the tune of $177 million to test people for the virus. It would be a month or two later that they would get another $315 million contract. Then, Bloom energy gave $85,000 and got a $2 million contract to refurbish ventilators.

Newsom is as corrupt as his evil twin in New York, who is under investigation for sexual misconduct crimes. The worst instance of favoritism occurred when a Chinese company called BYD gave $40,000 and was awarded a $1 billion no-bid contract for masks. Newsom gave away money to America’s enemies for masks that do absolutely nothing for the human condition.

Erin Mellon has the task of responding to such reports. She stated that “The Governor’s Administration made the decision to enter into all contracts related to the COVID-19 response based on the best interests of the state and protecting health and welfare of all our residents.”

It is highly unethical, according to critics, for Newsom to have the right to decide who gets the money. He gets to decide which businesses are essential.

In one case, Newsom allowed a movie maker to continue filming their film all through the pandemic. This took place while every other company had to shut its doors. And then it should not surprise the country that Netflix lobbied the governor and then hosted the very dinner where the corrupt legalist liberal was found violating state-mandated regulations.

Newsom may have had the emergency powers granted to him because of the pandemic. But that does not mean he ethically used them.

It seems strange that he awarded no-bid contracts to companies that paid him off with millions of dollars in donations. Many of these companies were already wealthy enough to weather the pandemic. And they already had a considerable part of the healthcare market.

Newsom also has a thing for the Chinese as he paid them off to the tune of $1 billion for a bunch of worthless masks that were not designed to protect people from the virus. And he wonders why people are trying to recall him. His actions do not represent the views and concerns of Californians.