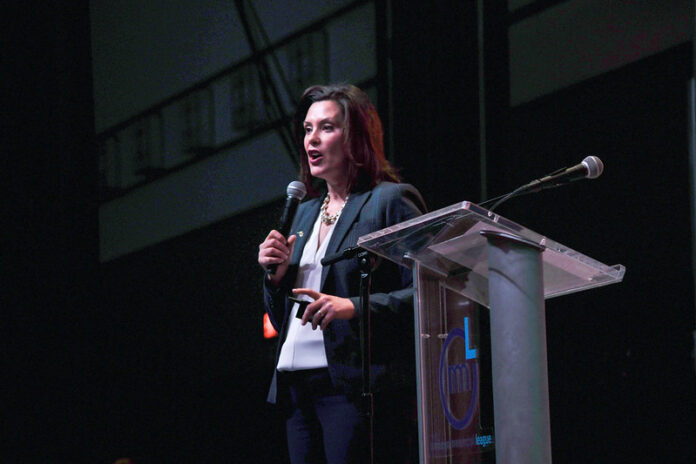 As much as Michigan governor Gretchen Whitmer believes she can strip away freedoms with her COVID regulations, there are plenty of counties across the state willing to fight back.

Shouldn’t people decide what they are and aren’t willing to expose themselves to? It would sound reasonable, yet Whitmer wants to control everyone’s movements.

Missaukee County commissioners have a very different idea. They’ve rebuffed virtually every order put into place by the governor. Instead, they say that individuals have the right and responsibility to “self-determine what is best for their own health, liberty and pursuit of happiness.” They went on to explain that they have taken an oath to defend and uphold the freedoms afforded within the Constitution.

Finally, it appears that there’s a glimmer of common sense coming out of Michigan.

The Missaukee County Commission is not supporting using its funds for arresting or prosecuting anyone found violating the orders that have come from the Michigan Department of Health and Human Services.

It seems as though Whitmer doesn’t understand what she does and does not have control over.

In October, her executive orders were ruled as unconstitutional. She wasn’t working with the state legislature to rule the state. Instead, she chose to rule with an iron fist and be a dictator. Once the state’s supreme court ruled against her, she turned to the state’s Department of Health and Human Services.

She’s still pushing the boundaries of what is and isn’t acceptable.

The county commissioners in Missaukee have called on the Michigan Legislature to use their co-equal authority to adopt “constitutionally sound measures” that help to overcome the abuse of executive power that Whitmer has been exercising.

The reality is that Whitmer has shut down the economy. She’s the reason why the unemployment rates are so high. Children aren’t in school, entrepreneurs have lost everything, and more businesses are closing weekly as they can’t handle the COVID restrictions any longer.

The governor has become a dictator, choosing to demand rather than request. Then, she expects the counties to go along with her plans, using their funds to arrest any individuals who dare go against her.

That’s not a democracy. That’s not the way that Americans are supposed to be treated.

If people want to open their businesses and let people in while risking their health, let them do so. The reality is that there are plenty of Americans who have opened up their businesses around the country and have remained untouched by COVID. It should be up to the individual, not up to a governor who has chosen to become a dictator.

The liberals have proven that they’re not interested in upholding the constitution. They want to strip away liberties and stand in the way of the pursuit of happiness.

Meanwhile, the Missaukee County Commission has made it clear. They just want their residents to be treated like adults. They want everyone to be able to make their own informed decisions.

At this point, Whitmer isn’t even relying on science. She’s not relying on the advice of the CDC. She’s let her fear of the pandemic prevent her from seeing things rationally – and she’s making every resident of Michigan pay for her fear that is far removed from reality.

Thank goodness for counties like Missaukee. They’re fighting to let adults be treated like adults. We hear the recommendations, now let us make our own decisions without fear of being arrested.