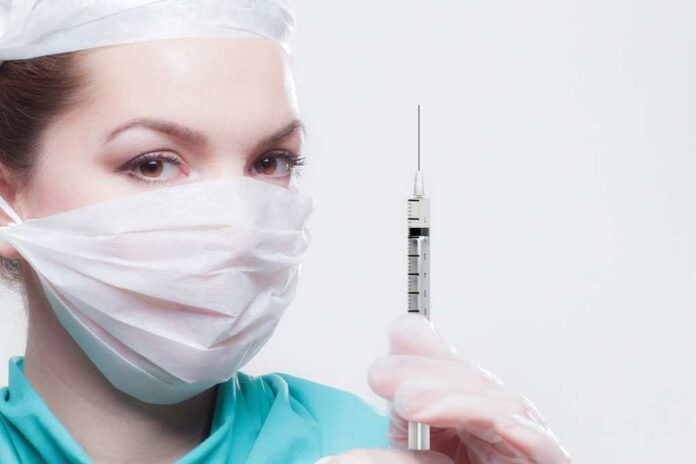 Here in the United States, the novel coronavirus vaccine has been pushed on us for quite a while now. According to the political left, it is really the only way to ensure that COVID-19 is stopped completely, not only in our country but also worldwide.

And, in the hopes that they are correct, many of us have rushed right out to get it, both wanting to stop the spread and being fearful of the dangers it could present to us individually.

The same can be said in several other nations as well, such as the United Kingdom. Much like here in the States, the COVID-19 vaccines are relatively widespread, with an ever-growing number of people getting them.

However, it would seem that they are far less effective across the Atlantic for some reason.

According to a July 19 Downing Street news conference made by the chief scientific adviser to the U.K., Sir Patrick Vallance, about 40 percent of all new COVID cases where people are admitted to the hospital are people who have already been fully vaccinated.

That’s 40 percent, ladies and gentlemen if you missed it the first time. Forty percent of all COVID cases are entirely double-shot vaccinated people…

Naturally, this begs us to ask why so many fully vaccinated individuals are getting not only getting the disease but also having to be hospitalized for it.

But that’s only half of the issues at hand in England.

According to Sky News, most areas of the nation have more coronavirus cases at the moment than any time since mid-March. And the case numbers just keep going up.

Reason would tell us that since the vaccines are so widespread now, those numbers should be going down, not up, right? And when people do get the virus, if they’ve been vaccinated, their symptoms should be much milder, not needing hospital attention.

However, Vallance has a different idea.

As Yahoo News U.K reported, Vallance says that since more people have been vaccinated, it is only “inevitable” that more people with vaccines have to be hospitalized.

Now, I understand his logic to some degree. Naturally, as there are more fully vaccinated people in the country when you take a group of any number of individuals, the number of immunized among them is going to be higher.

However, the vaccine is supposed to do one thing and one thing only, prevent the contraction of COVID-19. And yet, for at least 40 percent of the population in England, it seems to have made no difference whatsoever.

As the CDC has said, no vaccine is ever fully “100 percent effective”. There will always be a small number of individuals whom it simply doesn’t work for. You know, just like with the flu shot.

According to the Centers for Disease Control and Prevention, the Moderna and Pfizer-BioNTech vaccines are supposedly around 94 percent effective. The one-shot Johnson & Johnson, less so. But nowhere in the calculations is a number listed that’s even remotely close to 60%.

And like in the U.S., these are the top-rated and used vaccine labels in the U.K.

So why are numbers of ineffectiveness higher in the United Kingdom than they are here? Well, the likelihood is that they aren’t.

As I’m sure you’ve heard, if not seen for yourself first hand, there is a growing number of fully vaccinated here that are contracting the virus too.

Over 4,000 people were found in the tiny state of New Hampshire alone in recent weeks. In addition, just this past week, it was announced that a break out of COVID-19 had happened in the House of Representatives, affecting at least three individuals from Texas so far. And as I’m sure you’re well aware, all of Congress has been given their double shot.

This means that the CDC and the U.S. government are still largely in the dark, unaware of just how bad it is, or simply too stuck to the liberal agenda to admit otherwise.

In either case, it doesn’t exactly encourage trust in the novel vaccines.