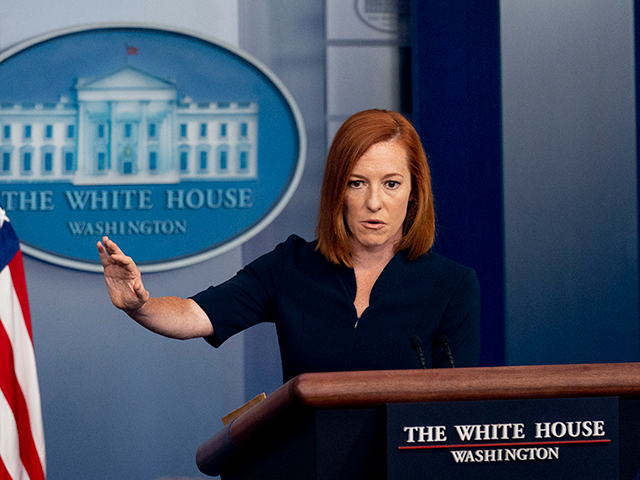 White House press secretary Jen Psaki argued the information was not relevant, as the staffers were vaccinated and experienced breakthrough infections and experienced asymptomatic or mild symptoms.

“We’re in a very different place than we were six or seven months ago,” she said, downplaying the need to release the information.

When pressed by a reporter why the White House would not release the numbers, Psaki replied, “Why do you need to have that information?”

The reporter noted the information should be released in the interests of the public and for the sake of transparency.

Psaki shifted the conversation to ongoing studies from the Centers for Disease Control about breakthrough cases of the coronavirus among vaccinated people.

The White House has only confirmed reports of one fully vaccinated staffer contracting the virus, after meeting last week with Texas State Democrat officials who fled the state to block and protest proposed election security laws.

Vice President Kamala Harris also met with Texas Democrats last week but tested negative for the virus despite her adviser claiming a test was not necessary.

Psaki also confirmed Tuesday there had been multiple breakthrough cases, but would not go into details.