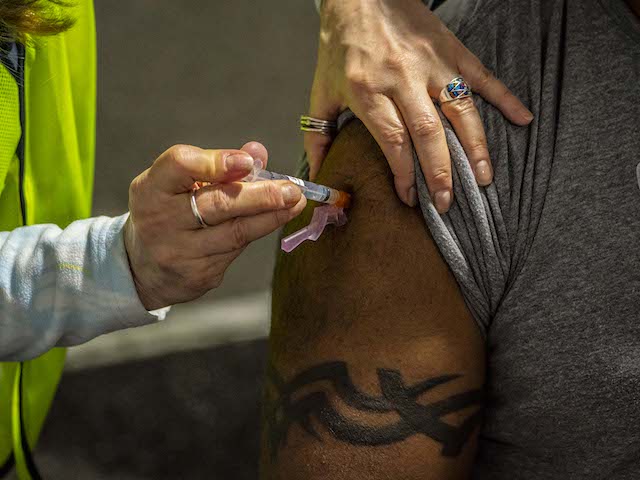 The survey also found 64 percent of unvaccinated Americans expressing little confidence that the vaccines will work against virus variants, including the rapidly spreading Delta variant:

And overall, Republicans are far more likely than Democrats to say they have not been vaccinated and definitely or probably won’t be, 43% to 10%. Views are also divided along age and education lines: Thirty-seven percent of those under age 45 say they haven’t and likely won’t get the shots, compared with just 16% of those older. And those without college degrees are more likely than those with them to say they aren’t and won’t be vaccinated, 30% to 18%.

“We always knew some proportion of the population would be difficult to persuade no matter what the data showed, (and) a lot of people are beyond persuasion,” Dr. Amesh Adalja, an infectious disease specialist at Johns Hopkins University, said, according to ABC News.

Meanwhile, public health officials are urging all eligible Americans to get vaccinated and are warning the unvaccinated to mask up until they get the shot.

“If you are not vaccinated — as the President spoke to unvaccinated people last night and back on July 4th — you need to get vaccinated or you do not have a high degree of protection for yourself, for your friends, and for your family and your community,” coronavirus team leader Jeffery Zients said during Thursday’s White House COVID-19 Response Team’s press briefing.

“And unvaccinated people need to roll up their sleeves as soon as possible and begin their vaccination routine,” he added.

Public health officials have largely dismissed concerns over breakthrough infections — those occurring in vaccinated individuals — proclaiming that the “effectiveness against severe disease is still substantial.”

“Which is, yet again, another argument which all of us say continually, ‘Get vaccinated. It offers good protection against disease,'” Dr. Anthony Fauci said.

According to the Centers for Disease Control and Prevention (CDC), over 162 million people in the U.S. are considered fully vaccinated, representing 48.8 percent of the country’s population.