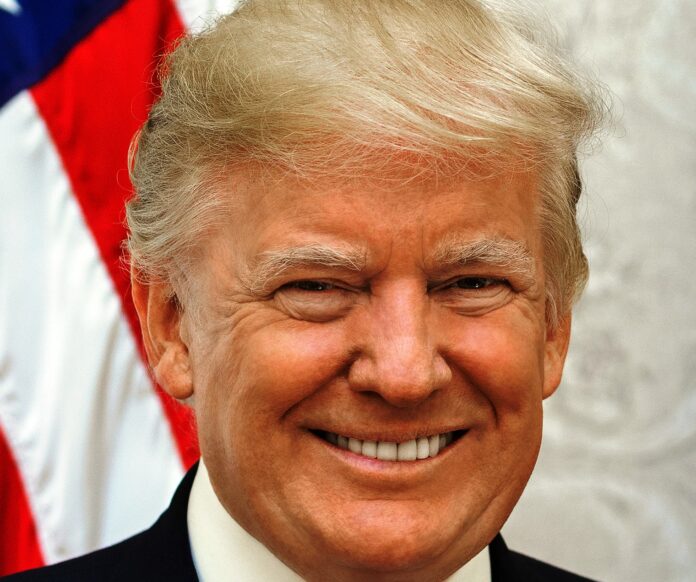 As of right now, early Monday morning, former President Donald Trump has yet to announce or confirm suspicions that he will make another run for the White House in 2024. However, as he has promised, that doesn’t mean he is taking a back seat to politics, and in particular, to the Republican Party.

On Friday, he made that very clear with his official endorsement of a former presidential aide to Trump, Max Miller. Miller has decided to run for Congress in the 2022 race, taking on current GOP Representative Anthony Gonzalez of his home state of Ohio’s 16th district.

According to a statement made by Trump’s Save America PAC, reported by Fox News, Trump wholly endorses this move in an effort to make the Republican Party and America better equipped to work for Americans.

He said, “Max Miller is a wonderful person who did a great job at the White House and will be a fantastic Congressman. He is a Marine Veteran, a son of Ohio, and a true PATRIOT.”

Why would Miller be a better Congress member than the man who currently occupies Ohio’s 16th District seat?

Well, according to Trump, “Current Rep. Anthony Gonzalez should not be representing the people of the 16th district because he does not represent their interest or their heart.” In conclusion, “Max Miller has my Complete and Total Endorsement.”

What should be noted here and was not mentioned in Trump’s announcement is that Gonzalez is one of the ten House Republicans who voted against the former president in the latest sham of an impeachment trial headed up by House Speaker Nancy Pelosi and her liberal cohorts.

Naturally, this would likely put off Trump a bit and go a long way in encouraging him to endorse, well, just about any other Republican for the seat. However, this isn’t just about his pride being hurt or some personal vendetta against Gonzalez.

As Trump said shortly after his departure from the White House, whether he decided to run for president again in the near future or not, he has vowed to do what he can to grow the Republican Party into one that truly seeks “America First.”

He said in a scathing letter to GOP former Senate Majority Leader, now- Senate Minority Leader Mitch McConnell, “Where necessary and appropriate, I will back primary rivals who espouse Making America Great Again and our policy of America First. We want brilliant, strong, thoughtful, and compassionate leadership.”

And it appears he is keeping his word on that, starting with his endorsement of Miller.

In the future, this means names like the now-infamous Liz Cheney of Wyoming and Adam Kinzinger from Illinois could soon find themselves without a job as Trump is likely also to endorse strong GOP opponents of them.

In fact, both congress members already find themselves in a bit of a messy situation due to their recent vote against Trump and siding with the Democratic Party.

Cheney, for instance, has much of the Wyoming Republican Party calling for her resignation or at least some sort of severe punishment. Now, it’s important to mention here that it’s not just because she seemingly went against the party. These demands are being made because she voted according to her own opinion and not that of her constituents.

Instead of putting the people of Wyoming and their desires to acquit Trump first, Cheney ignored them.

Kinzinger did the same, as his district is known to be vastly conservative and for Trump – in 2016, 2020, and today.

These two representatives and Gonzalez are now being heavily criticized by their states and their party for turning into nothing more corrupt politicians, voting for whatever they think will get them the most power or influence. Their sole purpose as a congressional representative is to listen to their constituents and make those opinions and voices heard in our nation’s capital.

As Trump said of Gonzalez and McConnell, when that doesn’t happen, they prove to the nation that they no longer have America at heart or her needs. And therefore, they shouldn’t be given the privilege to serve in that capacity.

Trump is merely using his still very effective influence to make sure that America’s true voice is heard and not that of the establishment sect of either party.