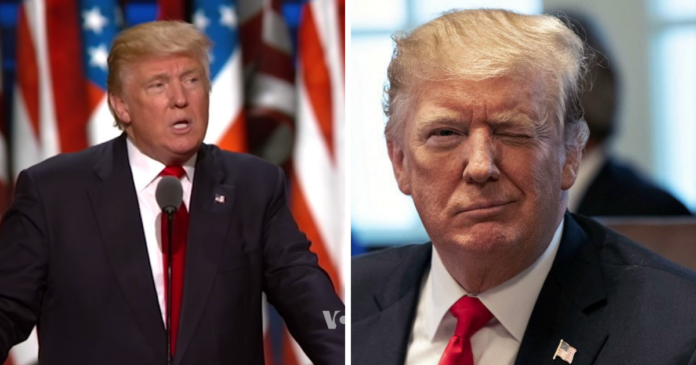 Ever since it was announced that Democrat Joe Biden would be our president, rumors have milled about whether or not now-former president Donald Trump would run for the seat again in 2024. After all, as a one-term president so far, Trump can do so should he choose to.

However, the question is, will he.

It was suggested by many that if he did, he would announce his candidacy almost immediately, making it clear to Biden and his Democratic adversaries that he was not giving up. But as of yet, we have heard nothing on the subject but more rumors.

Some, including many on the political left, have reasoned that to be because Trump has still not given up on the idea that Biden cheated his way to where he’s at and, as such, will soon be found out and denied the Oval Office. Conspiracy has it that such an event would then allow Trump to be reinstated as our rightful president.

Trump won’t have to run for president if he’s simply given it by default after Biden and his party is ousted early.

Of course, that all depends on enough fraud and outright criminal activity by the left being found. And so far, while fraud cases have been proved and several states have proposed audits to expose more, it still might not be enough to undo the 2020 election results.

Trump has to know by now that his chances of being reinstated, or whatever you want to call it, are pretty slim at this point. I mean, Biden has been in office for over six months now, and audits that may prove some wrongdoing on his part are far from over, and many not even approved of yet.

Another issue of concern for a possible Trump run is that the man is still very, very controversial in the eyes of the public. Whether he tries to be or not, he is a somewhat divisive individual, if only because people seem to either absolutely love him or despise everything about him.

This would lead some to say that even though he did very good things for America during his tenure as president, America might now be better off with someone who isn’t quite so controversial and a little more, let’s say, eloquent.

You know, someone like known Trump supporter and Republican Florida Governor Ron DeSantis.

Over the last few months, DeSantis’ popularity and nationwide fame have grown significantly, in large part due to his no-mess attitude, his denial of critical race theory in his state, his handling of COVID-19, and his views on immigration. Suffice it to say that he has nearly become the newest face of the post-Trump Republican Party.

But Trump could still run.

And according to several of his friends and recent dinner guests, the odds are stronger than ever.

As one senior official at the Republican National Committee told Rolling Stone, “I have three friends who’ve had dinner with him in the last couple of months. All three reported that his current plans are to run for president in 2024.”

But as the official continued, there are still three and a half years to go before the election, and a lot can happen. So “whether he does or not is a different issue.”

Former Acting Director of the United States National Intelligence Richard Grennell confirmed this possibility with a tweet sent out on Friday.

Another former advisor told Rolling Stone that they aren’t “100% sure” that Trump wants to campaign for the White House again, but until he fully decides, he wants to keep “his name out there.”

That sounds like the Trump we know and love…

As one can imagine, it’s a tough decision and one that he should weigh very carefully, not only for himself, who will be about Biden’s age when 2024 comes around but for the rest of us as well. If he feels it is in America’s best interest for him to lead us, I’m sure he’ll run. If not, he’s likely to let someone handle the reins and simply play a considerable part in helping them get there.

In either case, 2024 is ramping up to be a most exciting year.