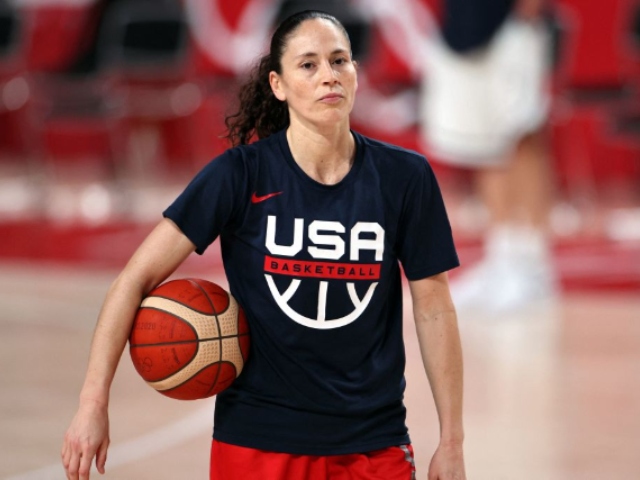 However, that’s all about to change.

Sue Bird, a WNBA player and Team USA member who is also engaged to radical leftist and soccer star Megan Rapinoe, says that the U.S. women will no longer protest during the anthem because now they’re wearing “USA jerseys.”

“You are wearing USA jerseys, and it does change the conversation a little bit and what you’re representing,” Bird told the Associated Press.

“With that, I don’t feel like a hypocrite in any way.” Everyone knows where we stand. I don’t think it contradicts anything since we’re actually doing the work.”

Bird and her teammates have remained in the locker room during the playing of the national anthem all season. However, Bird saw no problem serving as a co-flag-bearer during the Olympic opening ceremonies.

Bird and her teammates have modified their protests during pre-Olympic games by standing with their arms locked.

Other WNBA teams have engaged in some form of anthem protest for years.

“We all want our country to be a better place, and that’s what this is about,” Bird said. “That’s an athlete’s mentality, and there’s really no better people to do that than athletes.

“What do we do every single day? What do we talk about? Getting better.”

The U.S. women’s team plays their first game against Nigeria on Tuesday.