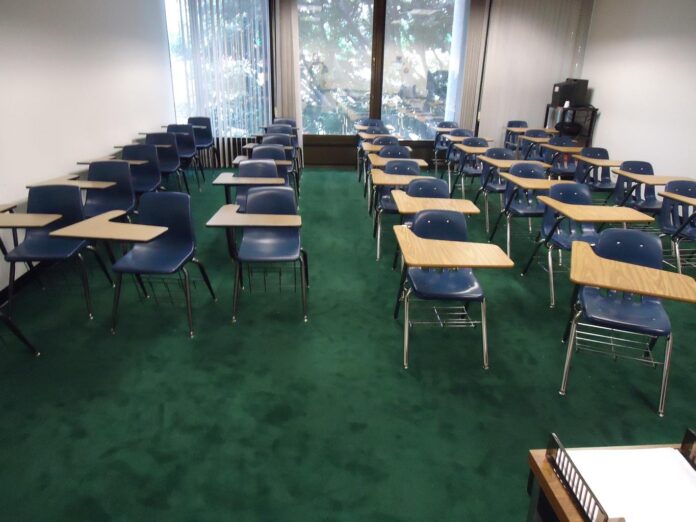 If you look just about anywhere these days, you’ll see a national conversation about schools and whether they should or should not open back up for in-person learning.

You’ll hear things about the risk to children and even those who live with them being minimal. You’ll hear the argument that virtual or online learning is not a substitute for what a child learns in the classroom. And you’ll most likely also hear that there are a great many teachers who just aren’t willing to go back to work.

But what you don’t hear much about is the millions of children suddenly missing from schools all around the nation.

According to Bellweather Education Partners and a recent study conducted there, some three million students have not reported to any sort of formal education for nearly a year – or since last March when most schools closed down due to the novel coronavirus and its subsequent pandemic.

The mere thought is staggering – and something all of America should be concerned about. After all, our children are our future.

According to reports from ABC News, the state of Michigan has some 13,000 students, Dallas, another 12,000, and in Florida, a whopping 88,000 have not attended a lick of schooling since this past fall or before.

And enrollment all over the nation is down significantly.

So where are they?

Well, that’s a good question and one that most school districts can’t answer, though not for lack of trying.

When schools closed down last Spring, with some transitioning to online learning, teachers and school staff naturally reached out to both students and parents about what school would look like in the coming months and try to carry on much-needed instruction. They called homes, sent emails, tried to connect via their respective online learning platforms and even utilized social media.

And yet, for far too many, no connection was made.

It’s like these kids, and their families, have suddenly vanished.

But what’s even more disturbing about this is that most of these “missing” students are the ones who needed formal education the most as they were already part of “marginalized” groups before the pandemic.

As Miami-Dade County Superintendent Alberto Carvalho told ABC News, “We believe that these were the students who were in crisis prior to the COVID-19 crisis. These were probably poor students, probably English language learners, learners who may have had a disability, may have had some home insecurity, food insecurity and may have had a fragile immigration status.”

In most areas, these are the kids that special school programs are designed for, whether that be free or reduced meals, English language lessons, after-school programs, or special education participation.

And now, because these kids don’t have access to any of that, they aren’t participating in school at all.

This is precisely why those like GOP Senator Kevin McCarthy are pushing so hard for Biden to allow our schools to reopen, and fully, for in-person learning.

The Centers for Disease Control or CDC has already announced that reopening schools can be done safely and with minimal risk to either students or teachers. And nationwide, schools that have reopened or never really shut down, to begin with, like those in North Dakota, are living proof that in-person learning is possible and more than needed.

And yet, some aren’t willing to listen to reason or science, like the Los Angeles Unified School District. Here, the teachers’ union not only thinks that going back to school full time is dangerous, but it’s also “propagating structural racism” somehow.

I’d like to know how letting over three million kids, most of whom aren’t white or of influential neighborhoods, slip into oblivion is racist. How is trying to give these children the skills necessary to be successful in our society and nation racist?

These teachers and board members are doing nothing to help these kids succeed. They aren’t even giving them the option to continue their education at this point. Not holding these kids or their parents accountable is literally teaching them nothing.

But we are the racist ones… for wanting to give kids every opportunity to make it this harsh world.