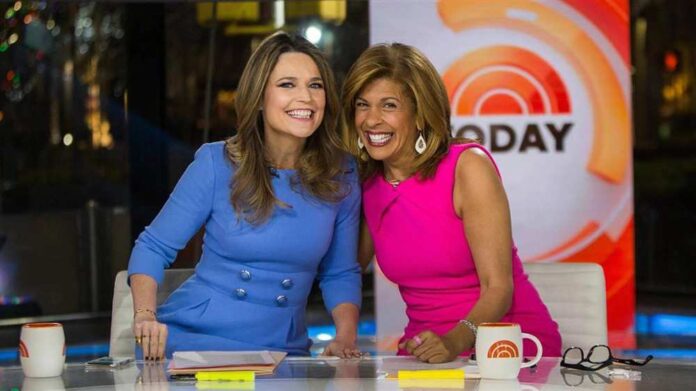 The Today Show may be longing for their popular yesterdays and worried about their tomorrows. A recent ratings analysis indicates that viewership for NBC’s flagship morning news and entertainment show has reached its lowest point in 30 years. A lot has changed since “Today” was hosted by TV mega-stars such as Bryant Gumbel, “America’s Sweetheart” Katie Couric and Matt Lauer (pre-scandal). Americans have more options and “Today” lacks the cultural relevancy it once possessed and rarely makes news as a result.

Lauer was the show’s biggest star until he was fired in 2017 at the height of the #MeToo movement. Current hosts Savannah Guthrie and Hoda Kotb, along with the supporting cast of Craig Melvin, Carson Daly and Jenna Bush Hager, have not resonated with Americans the way those who came before them did.

Fox News has reported that all the network morning shows are in some trouble, but the Today Show has taken the lion’s share of the hit. They have lost 10% of their audience so far in 2021.

“[It] has averaged 3.2 million viewers in 2021, a 10-percent drop from its 2020 total viewership. ABC’s Good Morning America is also down nine percent but has averaged 3.4 million to edge Today for the most-watched morning show,” Fox News reported.

What makes this news surprising is that while both shows have declined, The Today Show used to top six million viewers on a regular basis. And the once popular show now is losing to Good Morning America in the key demographic of adults age 25-54 by its largest margin since the week of December 21, 2015.”

Drew Holden, a freelance media analyst, made the case that the NBC network is working to figure out what to do with the morning show now that they can no longer focus on former president Donald Trump. This shift is likely impacting most network TV news shows.

Holden provided this answer for the lagging viewership from NBC’s morning show, “For years, Today invested in ginning up political outrage to grab eyeballs, at the expense of trying to understand the storylines and topics that people are actually interested in. Non-stop political coverage may’ve helped juice the numbers for a while, but at the end of the day, it isn’t what people want from Today or most other shows like it.”

Someone from inside NBC revealed that the network’s executives are not very happy. “It’s a total fiasco,” the source told Fox News. “The show has lost its role [as a] cultural touchstone. There are obviously bigger industry trends at play but the show is a non-factor.”

What intensifies this loss for NBC is that right now they are gearing up for their traditional coverage of the Olympic games in Tokyo. In the past, TV networks leaned on profiles of athletes and other feel-good stories. Viewers loved them. But now the news is focusing on how the games have gone “woke,” and how athletes kneel to show support for Black Lives Matter. And then there are biological males competing in women’s sports, so audiences are proving less interested.

Zeta Global has shown through consumer research that viewers are not seeing the games as compelling as they did in the past. TV Technology has reported, “Based on responses from over 2000 respondents across the United States, [Zeta’s] survey found that enthusiasm for the Tokyo Olympics is low. The majority of U.S. consumers are not looking forward to the Olympics this year: 45.2% of U.S. consumers surveyed are not looking forward to the Olympics, while 17.5% are undecided.”

Zeta has predicted that the cultural controversies will likely lead to the 2021 Tokyo Games being “one of the lowest-watched Summer Olympic Games in the 21st century, to date.”