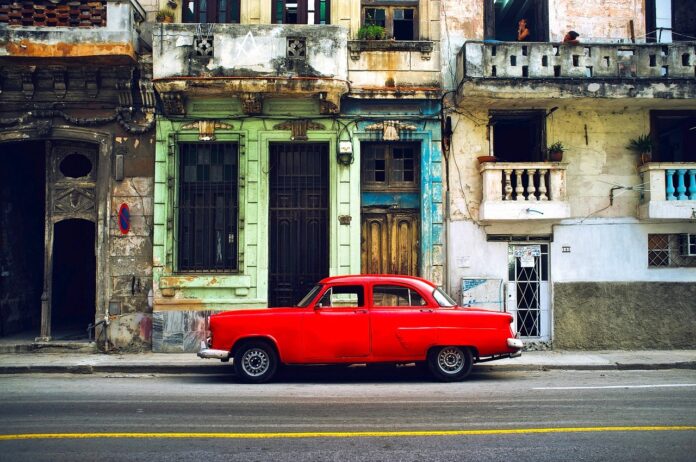 Most of you will remember the chaos of last summer, the riots, the constant “peaceful” protests, and the flagrant signs of corruption throughout Democratic cities and strongholds. Today, while that chaos might have died down somewhat, it’s never been clearer that those same Democratic cities are more corrupt than ever before.

And as I’m sure you can imagine, Washington D.C. is no different. Here in our nation’s capital, things like freedom are spit on while the rise of socialism, Marxism, and communism continues.

But don’t just take my word for it.

Instead, I’ll give you an example.

By now, I’m sure you’ve heard all about the recent uprising or protests that have occurred in the dictator-ruled nation of Cuba. The people there are tired of being oppressed, tired of not having the rights that every human being deserves, and beyond frustrated at being lorded over by someone who only cares about himself.

And so, the people are trying to start a movement to overthrow that authoritarian regime.

Now, as a close neighbor to Cuba and one that has helped her out in times of need before, you’d think America and her current leaders would jump at the chance again, especially when fighting for the very kind government we have been blessed to have. I mean, everyone knows that Cubans live a tough life, thanks to their selfish leaders.

And wouldn’t that be a boon for the Biden administration to say that they helped bring down a ruthless dictator?

But that doesn’t seem to be the sentiment that Washington is giving out.

Instead, they’d rather wipe the whole situation under the rug, where it’s literally out of sight and out of mind.

Take, for instance, a street mural that was recently painted outside the Cuban embassy in D.C. In large letters, the words “Cuba Libre” or “Free Cuba” were written, giving credence to the growing sentiment in the U.S. that we should help our neighbors in need.

However, the liberal mayor of D.C. must not agree. Because within hours of its arrival on the street, Mayor Muriel Bowser had it physically removed.

Of course, Bowser and her left-leaning, socialist-loving friends say the removal of the mural had nothing to do with what it said or stood for. Instead, it had more to do with the fact that it wasn’t “authorized.”

As public information officer for the D.C. Department of Public Works, Erica Cunningham reported to the Washington Free Beacon, “The ‘Cuba Libre’ painting on the street was unauthorized, so DPW crews power washed to remove it.”

And by Tuesday evening, the ‘Cuba Libre’ mural was officially gone.

Interestingly enough, though, Bowser and her crew allowed a similar Black Lives Matter mural to stay on the streets of her city for a full two months last summer. Bowser said at the time that it was needed to let people who wanted to be heard get their message out “loud and clear” and “on a very important street in our city.”

And yet, when it comes to the oppressed voices of Cubans, who are no doubt much more “oppressed” than those of Black Americans, their voice is apparently not important enough.

At least that’s the message she portrays by letting one mural exist on her street for nearly an entire summer while not letting another, of arguably even greater importance, barely have time to even dry out completely.

Then again, it’s likely that’s exactly what she and BLM mean. After all, when Cuba’s late and terrible dictator Fidel Castro died in 2016, BLM made sure to mark it – and not with happiness.

So it would only make sense that now, when the people of Cuba are finally making a stand and trying to take back their country, those like Bowser and BLM would oppose that, shutting them down whenever possible. If they have their way, the streets of D.C. and everywhere else in America will soon begin to look an awful lot like Havana, with poverty and desolation running rampant.

So much for living in a democracy…