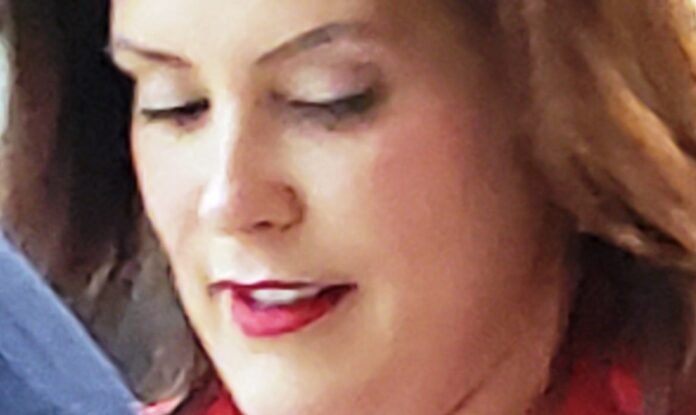 Taxpayers across Michigan expect their money to be used on things like schools, the improvement of roads, and various other things that are to benefit everyone. Instead, Governor Gretchen Whitmer has decided to use taxpayer dollars as hush money.

Whitmer may very well be trying to earn the title of worst governor ever. Of course, she’ll have to work hard if she wants to beat Andrew Cuomo from New York.

When Robert Gordon, the former state health department director left, he took with him a separation deal that included over $150,000. This deal involved him staying quiet regarding the circumstances that led to him leaving.

There was a four-page agreement that Gordon had to sign that was drafted by Mark Totten, Whitmer’s chief lawyer. The amount was equal to nine months of salaries and health benefits.

Since this was hush money, there’s no way to know why Gordon left. However, he did so without any kind of explanation. It does prove that there were disagreements between him and Whitmer.

The state has not had a great response to the COVID-19 pandemic. Whitmer chose to ignore science and used executive orders to keep the residents under an extreme form of lockdown. Meanwhile, individuals and businesses suffered. At one point, there was even a scheme to kidnap the governor in hopes of getting the state back on track.

With Whitmer choosing to executive order her way into maintaining control, she likely went against everything that Gordon recommended. The Democratic administration decided that it would be best to use taxpayer funds to keep him quiet than to provide further proof that Whitmer was acting against scientific and medical recommendations.

The press has been frantic to learn more. However, the aides of both Gordon and Whitmer have chosen not to divulge any information as it protects the “deliberations among government officials” according to an article printed in the Detroit News.

Whitmer has tiptoed around the questions surrounding Gordon’s resignation. Meanwhile, on Twitter, Gordon shared that he is “resigning” and looking forward to the “next chapter” of his life.

There was no notice given. While he resigned, it was also identified as being abrupt. The day he resigned was also his last day, leaving the state in a situation where they were left to scramble. Not that they actually needed the health department director anyway. Whitmer has proven that she’ll do what she wants regardless of the advice given to her.

Now, whenever Whitmer is asked about Gordon, she makes an awkward pivot to talk about the new director, Elizabeth Hertel. She wants to focus on the future – and try to convince residents that the past was not her doing.

That’s not enough, though. News reporter after reporter have questions about Gordon and his resignation. She answers them all the same: She wishes him the very best and she has nothing else to say on the matter.

Ted Goodman, the communications director for the Michigan Republican Party, doesn’t want to accept that as an answer. Instead, he presses to say that Michigan taxpayers deserve to know the circumstances of the resignation. After all, it was taxpayer money used to hush him and he resigned in the middle of a public health crisis.

Whitmer is hiding a lot. She wants to hide behind the former director and she wants to shove the new director into the light. According to her, Gordon was instrumental in the way in which COVID was handled across the state. Yet, that’s not true. It’s why the state’s supreme court found her guilty of overstepping her bounds of using executive orders.

The residents of Michigan are notably upset. They’ve been lied to, deceived, and forced into a lockdown without being given any suitable explanations. And now, they have to watch as over $100,000 was given out as hush money just so that the governor can protect herself.