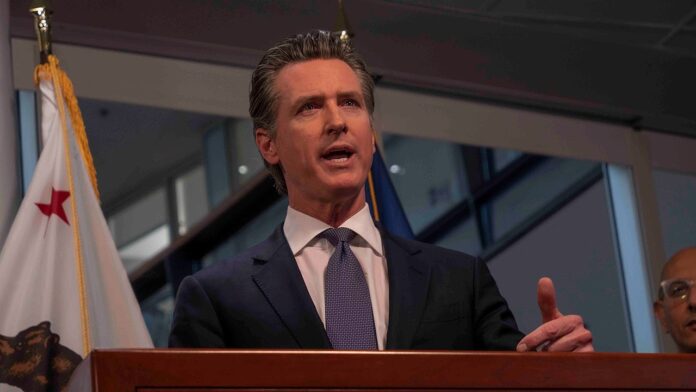 Gavin Newsom just cannot keep his mouth from getting him into more trouble. He is already facing a recall that will end up with him being removed from office. And now he is put to shame by Texas Governor Greg Abbott for slamming him for the effort to reopen the state.

Abbott stated that all COVID-19 restrictions are lifted, and every business and other establishments can open to 100 percent capacity immediately. The state has been open for some time, but this will be the first time that no restrictions will be left in place.

Abbott joins the ranks of DeSantis and Noem, who have already made such declarations. The Republican states are proving to the rest of the nation that there is no need to cower in fear over something that has mostly run its course.

Abbott’s decision to get on with life sets the pathway to COVID freedom for other states that border the giant state. The time to reengage life is long past due.

Joe Biden encourages people to continue to live in their basements like he is confined to do. But no one is listening to him. And the same thing is happening to Gavin Newsom. No one cares about anything he has to say about items that are related to the coronavirus. Dozens of states have proved that his lockdown methods do not work.

Greg Abbott has been deemed the newest member of the anti-COVID-19 cult by the demons living within the Democratic Party. Newsom decided that he needed to grace the world with his pointless opinion by attacking another governor’s decision. An opinion that no one cares about because his ways are not working, but the Texans’ ways are proving to be the right course of action.

Newsom went into a long ramble about what his state was going to continue to do to ruin everyday citizens’ lives. He stated that people could not eat indoors and other minor rules. But the point that came out loud and clear is that he only wants the right to force people to obey his wishes.

There is no scientific support for what he is ordering people to do in California. He is drunk with power and wants to stay intoxicated for as long as he possibly can.

The great thing about helping Gavin Newsom put his foot in his mouth so he can suck on his toes is really seen in the results of the infection rates. California keeps people locked away in homestyle prisons. They cannot send their kids to school, and people have to put a mask over every part of their bodies.

But over in Texas and other Republican-run states, Kids are back in school, and people can eat at any place they want, and they can shop at any store without having to wait for the one person to leave that is allowed in. The number of infections in the open states is that the rates are dropping at record speed and have been 25 percent less than the locked-up states.

Donald Trump said in the middle of last year that the time to open was at hand. Many states listened and let people get back to normal, and their infection rates have been far lower than any state that kept people locked up. But there is not one Democrat that would ever admit that he was right.

No one really cares what toe jam mouth Newsom has to say about the coronavirus. He has already shown that he has no clue on how to mitigate the pandemic. He could do the best thing for himself to lift all of the pandemic restrictions and let people get back to living. It might be his only chance to save his career.

The governors that are continuing their hold to lock down measures are falling out of favor with the people. They are going to find that their time in leadership is all but at an end when election time comes back around. There is no reason why the liberals have to keep people locked up any longer now that the virus is on its way out the door.