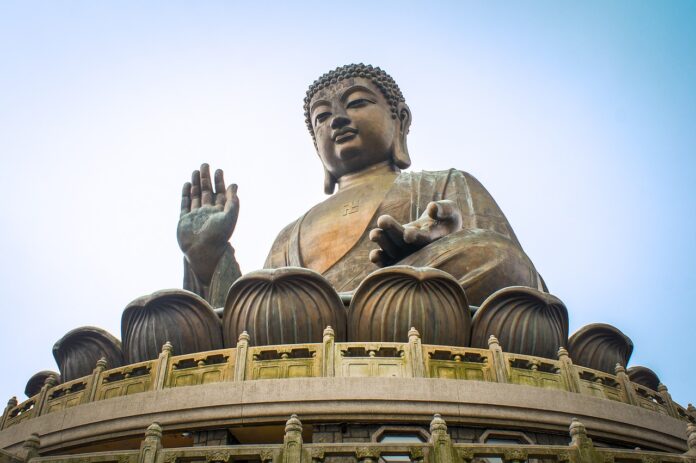 The Chinese have it rough. Not the government, but the citizens themselves. Every facet of their miserable lives is controlled by their Communist regime. Now and then, which never ends well, someone, or a group of brave young souls, believe they can change the way things are. All they have to do is speak out.

Unlike here in the U.S. where anyone can apply for a permit to legally protest against whatever it is they don’t approve of, the citizens of Hong Kong don’t have that luxury. Mums the word. Keep things to yourself for your own good.

Authorities in Hong Kong have been cracking down on known activists who enjoy singing the praises of democracy. They’ve been rounding them up one by one. This comes as the result of the Chinese imposed national security law which went into effect last June.

As the result of a recent trial, 47 of these dissidents are now crapping chop suey in a Hong Kong prison. Inclusive of the ones who managed to hightail it to parts unknown, the authorities believe they’ve taken care of anybody who was anybody.

Of the 47 arrested, 15 were granted bail but must return for the final hearing scheduled on May 31. All 47 are charged with conspiracy to commit subversion for their parts in holding an unofficial primary election in which it is claimed their intent was to bring Hong Kong to a grinding halt.

Prior to the court deciding who got bail and who didn’t, hundreds of supporters showed up at the West Kowloon Courthouse. Some sand what has been dubbed as the official Communist protest anthem, “Glory to Hong Kong.”

Other protestors carried handmade signs and shouted “Liberate Hong Kong, revolution of our times.” The government claims this popular slogan has secessionist connotations and had previously outlawed its use. Police flew a warning flag to let the crowd know they were violating the law but this did not dissuade them in the least.

Hong Kong’s laws have always been relatively lenient for non-violent offenders in terms of granting bail. But though none of those in custody are violent offenders, the national security law changed everything.

The decision is now left totally up to the presiding judge. They must be completely convinced that those who are granted bail “will not continue to commit acts endangering national security.” Convincing them comes in many forms. Yen and/or sexual favors are highly recommended should you ever find yourself at one of their mercy.

Advocacy groups from around the world have condemned the case against those arrested. Politicians have jumped in as well. U.K. Foreign Secretary Dominic Raab said the charges are “deeply disturbing.” Raab said that the national security law is being taken completely out of context by being used as a tool to eliminate dissent or disapproval of the communist regime.

This was not always the case in Hong Kong. They were at one time moving toward the light of democracy, much to Beijing’s disapproval. They were becoming much too Westernized for their taste. So they stepped in and changed things the way communists do.

Thus far no condemnation has been issued from the White House, but with Biden in the Oval Office don’t hold your breath. He wouldn’t want to offend his pals.