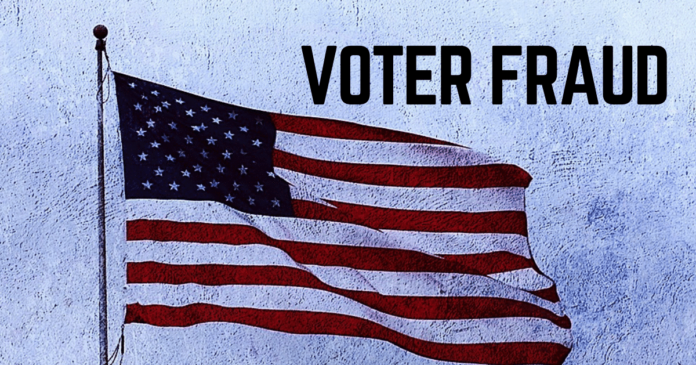 It’s been pretty clear from the get-go that Maricopa County officials and Democrats aren’t exactly thrilled with the knowledge that their election is being “scrutinized” and held accountable for any mistakes or errors that may or may not have taken place during the November 3rd general election. However, you’d think that if any such errors did occur, they’d want those rooted out for the sake of voter integrity, if nothing else.

But, according to Arizona Senate President Karen Fann, that’s not been the case.

In fact, as she and others involved in the county’s election audit say, they’ve done everything in their power to “sabotage” any and all efforts to get to the truth.

Fann explained in a recent interview that the audit is really the first of its kind, especially on such a large scale. And as such, the auditors are essentially working with all unknowns here, taking it day by day and week by week.

As she says, “It’s been a challenge,” to say the least. However, the really frustrating part is that every time the auditors come to Maricopa County’s election board or office, their requests are denied or delayed, causing the audit to take much longer than initially estimated.

Fann told the Western Journal, “(W)hat has been even more of a challenge is the fact that Maricopa County has intentionally done everything in heir power to sabotage it, to withhold information, to be less than honest with the public about this, and so it’s created a huge problem.”

Let’s start back in December when subpoenas were issued by the state Senate asking that the county give them specific election information. Rather than simply complying, the county took the matter to court… and lost.

As a result, an Arizona judge ordered that the county give the auditors the information and records asked for, saying that the auditors, as a third-party company, had every right to review. This ruling was issued in February.

And as of yet, the county has failed to give over very little of those demands.

As Fann notes, “They withheld the blue tally sheets. We have not gotten the chain of custody (documentation for ballots). We have gotten the routers, the passcodes, the fobs….”

Now, to be sure, some of this is not entirely Maricopa County’s fault.

As the county does not own the voting machines, Maricopa doesn’t have access to such things as the passcodes used or the fobs to control those. Instead, Dominion Voting Systems alone has that control.

And so far, they, like Maricopa County, have refused to comply with the audit’s demands. According to a statement made by the company in May, turning over such information would cause “irreparable damage to the commercial interests of the company.”

But as the auditors revealed in a hearing last week, any accountability or security the company may have had has already been lost. According to auditors, the passwords that have been denied to them so far are accessible to multiple Dominion employees. This makes it nearly impossible to find out just who accessed the systems and equipment on the days and time in question.

Another concern is that there are some 74,000 ballots that were counted in the November election that, as of now, have no record of even being mailed out, let alone received by the county’s election department.

Then, there are problems with the number of duplicate ballots on hand, specifically that more than a few have the same serial number or none at all.

The county also refuses to release images of the envelopes used for mail-in ballots, as well as the splunk logs, which are used to track the routers and would show any “abnormal” activity with vote tabulators and other equipment.

All of this only adds to the growing number of questions raised by the audit results so far, as well as the perception that the county seems to be hiding something.

Of course, Maricopa County’s election board chairman, Jack Sellers, claims there is nothing amiss. But that doesn’t mean he’s about to “explain anything to these people who are playing investigator.” Hell, he refused to even go to the meeting…

So much for transparency, huh?