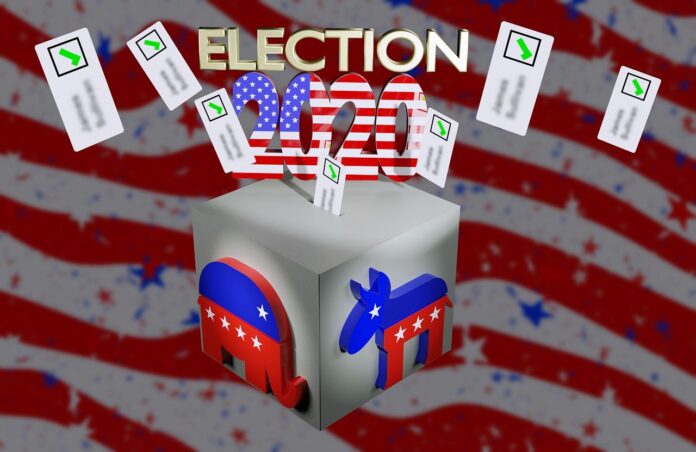 It’s no secret at this point that America’s faith in our voting processes, particularly after the 2020 presidential and Congressional elections, is failing.

For many, this is due to claims from former President Donald Trump and others who claim that voter fraud was so prolific that it impacted the result of the elections, both presidential and those for Congress.

For others, it simply comes down to mail-in voting and the proven fact that it is highly susceptible to fraud.

Whatever you choose to believe, the fact remains that the 2020 elections were unlike any other. If we continue using post-pandemic voting methods – meaning less in-person voting – some major changes need to be made before the public will fully trust how it is done.

And for Georgia, this is precisely what they are trying to make happen.

This week, several state House representatives (from both sides of the aisle, I might add) came together to propose changes to the state’s voting processes.

According to The Associated Press, the “bill would require a photo ID for absentee voting, limit the amount of time voters have to request an absentee ballot, restrict where ballot drop boxes could be located and when they could be accessed, and limit early voting hours on weekends, among many other changes.”

As you well know, Georgia saw numerous claims of voting fraud and other issues this past year, all of which did little to reassure the public that their best interests and voices were being properly heard.

Top among those reasons were allegations of misconduct against Georgia’s own Secretary of State Brad Raffensperger, which were only remedied by a complete signature audit of ballots in at least one county. And while officials came back saying “no fraudulent absentee ballots” had been found, the damage was done and Georgia voters had reason to doubt.

This only increased as the January 5 runoff elections gave Democrats Jon Ossoff and Raphael Warnock seats in Congress in what has long been a predominately red state.

Exit polls via Forbes from that election suggested that some 41 percent of all voters felt that our election processes, particularly when it came to the presidential election, were unfair.

Of course, doubt in those processes was much higher in Republican camps than Democrats, with a whopping 76 percent of conservatives saying the election was unfair, while some 93 percent of Dems thought the opposite.

But even if those numbers weren’t so drastically different from each other, there would still be cause for concern – hence the need for some changes.

According to GA state representative and the man heading up the initiative for change, Republican Barry Fleming, “House Bill 531 is designed to begin to bring back the confidence of our voters back into our election system.”

The need for a photo ID for absentee ballots is likely the most significant of the changes, as it will replace the current method of signature matching, of which there are numerous concerns.

Another problem is the timeline for voter applications, well, not so much what the timeline is, but that it was ignored.

According to Forbes, “Under Georgia election rules, voting registration organizations like the New Georgia Project (which newly-elected Senator Warnock worked at this past year) have to submit completed voter applications within ten days after they are received from the voter. But officials allege that during the 2019 registration effort, some 1,268 applications were submitted to the Gwinnett County elections office after the ten-day deadline.”

Obviously, a little over a thousand votes are unlikely to change the results of any election. However, with enough instances like this, it most certainly will, not to mention, it only gives voters less confidence in our voting system.

Of course, there are some on the Democratic side who see this newly-introduced bill as nothing more than a Republican push to “silence the voices of Black and brown voters.”

But anyone with a lick of sense can tell that’s not what’s going on. Yes, voices are being silenced, but they are only illegitimate and illegal votes. Anyone legally voting will still be able to make themselves heard.

And if the left has a problem with that, well, then they aren’t really proving themselves to be interested in fair or legitimate elections, are they?