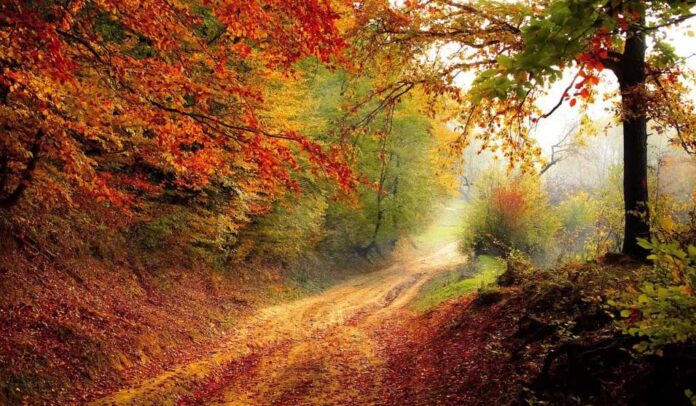 If the political left is to be believed, race is involved in everything we do, say, and feel. It has taken over every single American police, causing massive discrimination. It is what drives the rising number of those in black communities without a high school degree. And it even prohibits black Americans from enjoying the great outdoors…

As I said, that’s what they want you to believe.

And to push the idea on through, Outdoor magazine has sided with leftist ideology to publish a piece blaming nature, of all things, for the lack of blacks in the outdoors.

According to the outlet, there is supposedly a “nature gap” in America. The term refers to the supposed “unequal access” to nature found in our country.

As the article says, “We say ‘the outdoors are for everyone.’ But look around – the nature gap is real, intentional, and yet another form of racial inequality.”

They make it sound like there are signs posted at national forest entrances banning certain ethnic groups or roadblocks set up by police in rural areas. Reality couldn’t be farther from the truth.

Now, to be clear, there was a time in America where such things could be done legally. After the end of the civil war, when Jim Crow and lynch mobs ran the South, blacks were basically instructed to stay at home and in their segregated communities for the sake of their safety.

It was wise to travel outside after dark. Straying from the streets where they were born and raised was ill-advised. And heading out into the woods was just asking for trouble.

However, as you know, times have changed. Lynching is considered murder. Segregation was outlawed in 1964. And governmental redlining was made illegal in 1968.

Suffice it to say, nothing prohibits black families from taking trips to the park, going skiing, hiking through the mountains, or hunting and fishing. And yet, according to Outdoors, the world of nature is still pretty much off-limits to blacks.

Well, they, of course, pull out a list of the usual suspects, including those I listed above as now being illegal.

As the author says, “Like many outdoor spaces, safety and access in the mountains are still new to Black Americans. when I moved to Colorado, people advised me to ‘be careful’ and they weren’t talking about animal encounters or other trail hazards.”

I’m sorry, but I find this hard to believe. Someone actually told this individual that the outdoors is a scary place for blacks?

Statistics alone say otherwise. Black Americans are far more likely to be killed by other black Americans than any other demographic, including the supposedly systemically racist police.

And if we are talking about the financial means needed to go to the outdoors – you know, paying park fees, buying a hunting license, taking trips with the family – it’s not racism that hinders black Americans.

It’s the proven fact that fewer black Americans graduate high school and are therefore able to enter the workforce to reasonably make ends meet. Black communities also have a higher percentage of those not working period, as well as having children out of wedlock and in need of welfare assistance.

Outdoors would love to blame the “nature gap” on the premise that whites are the problem.

But it’s really the political left who has limited their access to such things. Instead of taking the initiative to graduate high school, to put themselves through college, to show up to work, to be responsible adults, leftists have convinced them that they are forever victims and therefore shouldn’t even try.

The left would love to keep them bound up, believing that everything is about race and that they will be discriminated against at every turn. But, in reality, no one is counting the number of black Americans on a hiking trail more than leftist ideology.

You want to close the ‘nature gap?’

Then we need to stop listening to such racist and insulting ideas. We need to stop funding the emotional and financial needs of celebrities with nothing better to do than to stir up trouble. And we need to stop electing public officials who only seem to want more division.

Contrary to what Outdoors is saying, America is not inherently racist, and neither is the average American. And it’s high time we stop entertaining those who say it is.