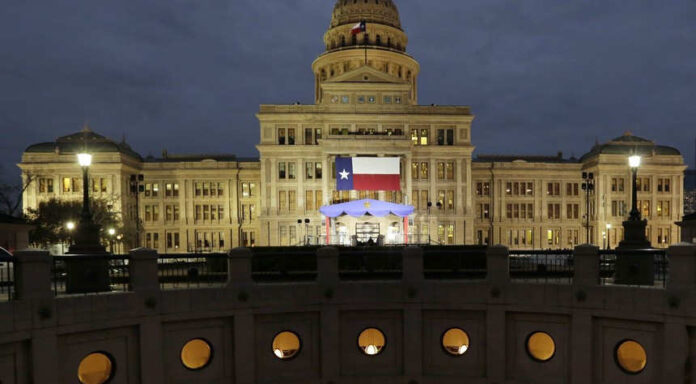 Some members of the Democratic Party really don’t know how to pretend as though they’re like the average Americans that vote for them. The Texas Democrats that fled the state to hide in DC are proving that they have lost all grip on reality.

They’re treating their time in DC like a vacation. Meanwhile, they’re pissing off all of their voters – and asking the voters to pay for their vacay.

Let’s face it. The Texas Democrats are not doing their job. They’re the perfect example of spoiled liberals – and they’re setting a bad example for their entire party.

They want to call themselves “brave.” They think that they’re making some epic sacrifice. And, if you follow any of them on Twitter, they’ll actually try to make you feel sorry for them. After all, they’re living in hotel rooms and having to wash out their laundry in the bathroom sinks.

Well, they’ve insulted their Republican colleagues. They’ve angered voters. Oh, and let’s not forget that they brought COVID with them to DC.

The vacation in DC has involved chartering a bus and a plane. They’re having Zoom meetings in luxury hotels. And, they’re getting pissy because President Biden won’t meet with them. Wow, life is so rough for these guys.

Beto O’Rourke is so excited that the Dems are taking a stand that he’s paying them MORE money to stay away until August 6. O’Rourke’s group, Powered by People, has given them $600,000. This will help them to pay for food and hotel rooms for a few more weeks.

Oh, but that’s not even all of it. The Democrats want to raise $1.5 million for their little political stunt. They actually expect Democratic voters to hand them money for leaving the state of Texas rather than doing their job.

Guess what? There are going to be times when you have to do your job even though it sucks. You can’t just run away from it – and make bank by doing so. These Dems are forgetting about the fact that the average American can’t do what they’re doing. They’re setting a bad example and they expect taxpayers to foot the bill and donate even more so that they can do it.

This is like a Go Fund Me campaign gone wrong.

The Dallas Democrats Twitter account also tweeted out that they had a message to share. The Dems in DC said, “they’d appreciate care packages from home.”

You have got to be kidding me. First of all, they haven’t been gone long enough to need any care. Second of all, they are out of the state on their own accord. If they miss Dr. Pepper, salsa, and other things so much, all they have to do is come home.

The Dallas Democrats have said that they’re also collecting travel toiletries, hair spray, hand sanitizers, first aid, and more to send up to the Democrats.

Let’s get one thing straight. Travel toiletries are provided at any basic hotel – and we know that the Democrats aren’t going to rough it – especially when O’Rourke just gave them $600,000. As for hair spray and other items, they have sufficient enough salaries that they can go to the store and buy it themselves.

These Dems want to play their cards as if their martyrs. Most people aren’t buying it – after all, it’s hard to beg for care packages when everyone saw the photos of them on the private plane.