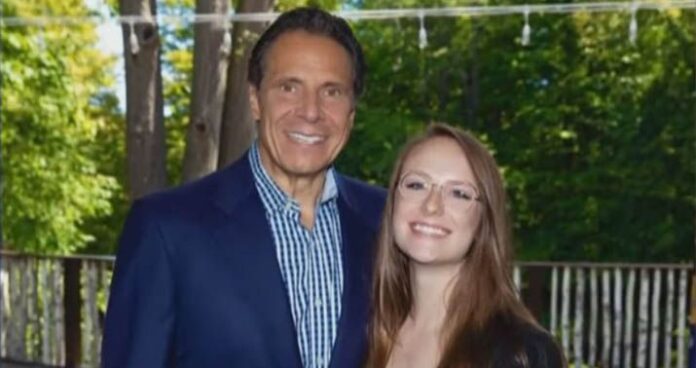 As more and more women start to come forward about the sexual harassment that they have experienced at the hands of Governor Cuomo, things have taken a predictably ugly turn. Instead of being willing to step down on his own, Cuomo is digging in his heels. Lots of observers have noted that Cuomo is not the sort of person who is going to step away from his post without a fight.

True to form, Cuomo is vowing to hang out for as long as possible. NBC News has more about this developing story and seasoned Cuomo watchers are not going to be surprised at all. “New York Gov. Andrew Cuomo on Sunday made clear he will not be resigning after two additional women accused him of behaving inappropriately when they worked for him.

In a conference call with reporters, Cuomo struck a more defiant tone, saying demands from politicians that he resign are “anti-democratic.” Cuomo said his administration’s work in helping the state recover from the pandemic is too important for him to step aside now.

“There is no way I resign,” he said,” NBC shared. In his deranged mind, he really thinks that he can invoke “anti-democracy” as a means of shooing away those who are calling for his ouster. In reality, nothing could be more democratic. This is how a democratic institution is actually supposed to work. Free speech is free speech, even when it hurts Cuomo’s feelings.

Anyone who truly believes in the principles that govern a democracy would not tell people to shut up like this. Cuomo believes that he can win in this scenario but he can’t see the forest from the trees. Sure, he may “win” in the short term but his reputation is going to be in tatters by the time this is all said and done.

The days of people referring to themselves as “Cuomosexuals” seem to be long over at this point. Here’s the part where we try to be a bit fairer, though. Cuomo has his own argument to make in this instance and we understand where he is coming from; No one wants to lose out on being the governor because the court of public opinion has turned against them. We are sure that he does not view his conduct as being totally indefensible.

Times change and people need to change with them. Cuomo may want the chance to show people that he has grown as a person since the allegations were made. The charges are not recent and most of what took place doesn’t seem to fit the category of sexual assault. The term has been defined more broadly in recent years and now Cuomo is experiencing his moment on the hot seat.

It’s easy to see why he thinks that nothing will come of all this anyway. Does it mean that he should be given a free pass? No one would ever suggest something so severe. The Democratic Majority Leader of the state senate (who happens to be female) has laid it out pretty clearly. If there are any more accusations about Cuomo, it will be time for him to step down.

We are shocked that he was able to sidestep responsibility for all of the deaths that he caused when he forced nursing home residents who were stricken with COVID-19 to stay put. This was mentioned during Andrea Stewart-Cousins’ statement and it should make Cuomo’s blood run cold.

“We have allegations about sexual harassment, a toxic work environment, the loss of credibility surrounding the Covid-19 nursing home data and questions about the construction of a major infrastructure project,” she said. As Cuomo’s allies start to desert him, he needs to start thinking long and hard about where he goes from here. There’s only so much denial that can be done before he’s going to have to face the harsh reality: his days are very much numbered.