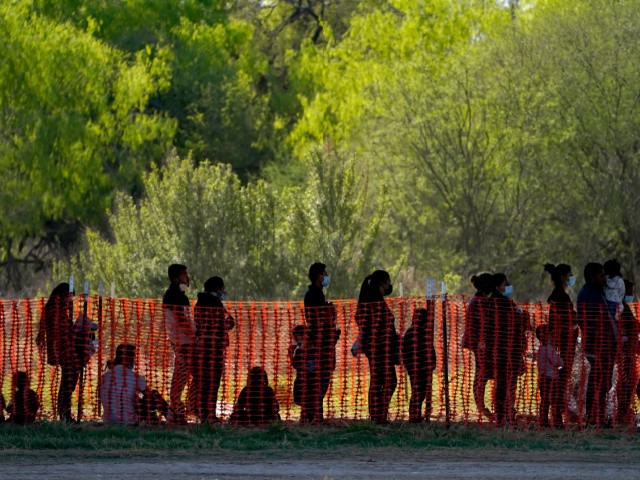 In a letter to DHS Secretary Alejandro Mayorkas, shared with Breitbart News, Rep. Greg Murphy (R-NC) and others with the GOP Doctors Caucus are requesting information on whether border crossers are tested for coronavirus before they are released into the United States interior.

As Breitbart News reported this week, the latest data reveals that DHS has released about 173,000 border crossers into the U.S. interior — some of which have been found to skip out on their quarantine and continue traveling into the country despite having coronavirus.

Since Biden took office, border crossers have been released into the U.S. interior without being tested for coronavirus. Many of them have coronavirus and continue traveling into the country on buses and commercial domestic flights, often paid for by Catholic Charities and other non-governmental organizations (NGOs).

“COVID-19 is not going anywhere anytime soon, yet we have seen no meaningful or good faith effort from this Administration or the Department of Homeland Security to prioritize public safety,” the GOP Doctors Caucus writes:

Moreover, we are deeply disturbed about the lack of transparency coming from the Biden Administration. Americans deserve to know whether migrants are being tested for COVID-19 at the border, and if they are not, why on Earth would this be the case? [Emphasis added]

On July 3, 2021, retired Acting Immigration and Customs Enforcement (ICE) Director Tom Homan stated, “We know that 98 percent of the people coming across the border into Texas, don’t stay in Texas. They’re being spread all through the United States.” This account underscores the importance of testing all migrants who enter the United States, as the movement of untested illegal immigrants around the country demonstrates a serious public health risk to our entire nation. [Emphasis added]

For these reasons, we are troubled by recent reports that the Biden Administration plans to revoke Title 42, which was enacted by the previous administration to slow the spread of COVID-19 and keep illegal crossings at bay. A public revocation of Title 42 would be a drastic miscalculation that in our medical opinion, would likely exacerbate the COVID-19 public health crisis. Director Homan has shared this sentiment by saying, “If they lift Title 42, we’re going to see numbers that we’ve never seen before.” [Emphasis added]

Last month, former Customs and Border Protection (CBP) Commissioner Mark Morgan revealed that “few to none of the nearly one million illegal aliens apprehended have been vaccinated and there is little effective health infrastructure along the route to help prevent spread of the virus.”

Kris Kobach, running for Kansas Attorney General, writes in an exclusive op-ed for Breitbart News that while the Biden administration seems unconcerned with coronavirus-positive border crossers, officials are cracking down on American citizens.

“Biden’s Border Patrol doesn’t test illegal aliens in its custody for COVID,” Kobach writes. “And the aliens certainly aren’t asked to get vaccinated. Biden is more concerned with forcing American citizens to get vaccinated.”