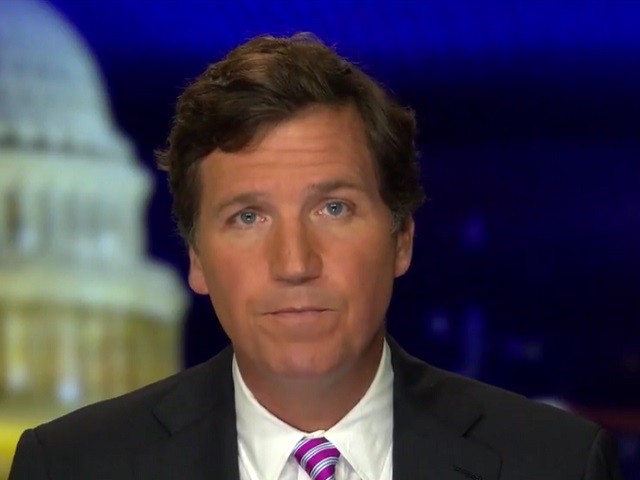 Friday, FNC host Tucker Carlson opened his broadcast with an indictment on the Centers for Disease Control and Prevention (CDC) for the seemingly continuous change in the agency’s guidance throughout the COVID-19 pandemic.

CARLSON: So, you’ve got the COVID vaccine because they told you to get it or they forced you to get it because as Joe Biden himself explained, it was your patriotic duty to get it, to protect yourself and protect others. Good people do that and the only way we can stop the spread of this virus and return to normal life is by taking the vaccines.

If you get the shot, you can have hot dogs on the Fourth of July. Remember when he told you that?

So, you got the shot.

And now, surprise, surprise. They are demanding that even after you got the shot, you wear a mask again even when you’re outside. What’s going on here? Why are they saying this? There’s got to be some reason for it. We’ve been wondering all week. So yesterday, we asked the CDC to explain the reasoning behind it. They couldn’t tell us.

Today, they did. What an explanation.

It turns out that the COVID vaccines, those wonder drugs that were absolutely perfect, that were more impressive than the moon landing, the drugs you were not allowed to question in any way don’t actually work in the way they told us they did. The science is more complicated than we thought.

There’s still an awful lot we don’t know, these are after all experimental drugs, and they are behaving like it. The bottom line is that a huge number of vaccinated people are getting COVID, and some of them are getting very sick even dying. That’s true around the world. It’s true in Iceland, Gibraltar, Israel, in small countries with high vaccination rates that have seen big spikes in COVID cases, and it’s every bit is true here in the United States.

According to the CDC today, fully three-quarters of the people infected in a recent outbreak, for example in Massachusetts had already been vaccinated. The CDC announced that vaccinated people can carry the virus with them, and they can easily spread the virus to others. As the CDC conceded, quote, “Breakthrough infections may be as transmissible as unvaccinated cases.”

OK, so now we learn that virtually everything they told us about the COVID vaccine was wrong. It looks like we were right to keep asking questions.

Keep in mind that if you had written any of what we just said on Facebook yesterday, you would have been censored immediately for misinformation, if not for a hate crime; and yet now, that’s the official finding of the U.S. government. Surprised? You shouldn’t be surprised because science can be like that. It changes quickly. It is never really settled, despite what they tell you.

If the Biden administration had just admitted that from the very beginning, we’d be a lot better off right now. Most Americans understand that medicine is complicated, even great medicines, chemotherapy for example, don’t always work. And you don’t know when they’re not going to work because there’s a lot that you don’t know.

Most people can live with that honest uncertainty. They can handle the truth. What they can’t handle is being lied to relentlessly by their leaders and then shamed if they ask questions, and that’s exactly what’s been happening.

You remember just a few weeks ago, it was July 8 that Tony Fauci was asked directly by a reporter whether this vaccine would work against the new Indian variant, the delta variant of COVID. Now, the honest answer would have been, we’re not sure or we hope it does. But Fauci is a liar so that’s not what he said. Instead, as usual, Fauci pretended to know what he does not know and could not know.

The answer Fauci replied is, yes, it does. Fauci said that on the record, and he said it more than once. They all said that, again and again and again, every day, and they shouted at you if you asked a follow-up question.

So, you’d think with this new CDC announcement today they would be apologizing. At the very least, they’d be explaining how they got it so completely wrong, but they’re not doing that, not even close because that would require humility. It would force them perhaps to relinquish some of the immense power they have gathered to themselves over the past 18 months, and there’s no chance of that.

So, what they’re doing instead is blaming you for the whole thing. They are punishing the country for the disaster that they made. It’s your fault.

Here is the White House today announcing that a new round of crushing lockdowns could be on the way.

PETER DOOCY, FOX NEWS WHITE HOUSE CORRESPONDENT: If scientists come to you at some point down the line and say, it is our opinion that there should be shutdowns and there should be school closures, you would do that?

CARLSON: Joe Biden leaving in the helicopter from the White House lawn tonight said exactly the same, yes, new lockdowns could be coming, but you just heard, the CDC is a body that is well-respected, muttered the flak as if repeating it again and again makes it true.

The question is, respected by whom? How many times do you have to get it completely wrong before people stop respecting you or believing you? Is there any limit on that? And while we’re at it, why are lockdowns the obvious response to a failing vaccine? Who thought that up and what’s the justification for it?

It doesn’t seem to be much. Look at the data from the U.K. That’s a country that has vaccination rates similar to ours, here in the U.S. In Britain, authorities saw a big spike in cases of the so-called delta variant about a month ago, but the British government did not reinstitute lockdowns. They did not force a new mask mandate. So, what happened next?

Well, COVID cases and deaths in the U.K. plummeted. So, the question is, why does the United States need more lockdowns? Why the forced masking? Masks are of limited medical value as the authorities once told us. They clearly hurt kids, they obviously damage society, you can’t breathe when you wear one, yet, the Biden administration is now requiring masks.

Here is the Surgeon General demanding that vaccinated people wear masks outside.

DR. VIVEK MURTHY, SURGEON GENERAL OF THE UNITED STATES: If you happen to have a lot of interaction with folks who are unvaccinated, let’s say you’re a parent like me who has young children at home who are not vaccinated, that’s a circumstance where being extra cautious and wearing that mask even if you’re fully vaccinated that maybe wearing it outside when you’re in indoor public locations is an extra step to protecting those at home.

CARLSON: We’re not even going to repeat for you for the third night in a row the actual data on the question of COVID and young people. Are your small children at risk of dying from COVID? No, not unless they have a profoundly dangerous pre-existing condition like leukemia, in which case, beware; otherwise, they’ll be fine. That’s what the numbers say.

And yet, there’s the Surgeon General, whatever that is, telling you to wear a mask outside with your kids. This is crazy. Let’s just say it out loud.

And even the people who are enforcing the rules demanding that you change your life, that you put your entire life on hold don’t actually believe the rules they are imposing on you.

Look at this video of Nancy Pelosi from today. Now keep in mind, she just called for the arrest of people who don’t wear masks on the Capitol Grounds, and yet there she was just moments ago. Check this out.

REP. NANCY PELOSI (D-CA): Can we take off our masks just for the photo? Would that be allowed?

CARLSON: Oh, so when masks are inconvenient for you, you get to take them off, like when you’re flying in a private plane to Washington or when you want a picture that shows your face, but anyone else who takes them off gets arrested, right.

And they’re going. They’re doubling down and tripling down. Tonight, congressional Democrats have called for a vaccine mandate in Congress. That means everyone in the building, members and staffers would be required to get a shot that the CDC told us today doesn’t work very well and by the way, whose long-term effects cannot be known.

The question is really, how long are Americans going to put up with this? What happens when large groups of people start to resist these mandates? As inevitably they will because they’re too unreasonable, they’re too irrational, they’re not rooted in science. They are pushing us towards something awful.

Maybe that’s the point of threatening to arrest people who aren’t wearing masks at the Capitol. Once they’ve done that, what will they do next? Call up the National Guard? That would be fine with the media apparently.

Journalists are doing everything they can to convince you that emergency measures are absolutely necessary and that anyone who doesn’t obey is a traitor to the country. Civil Rights should be suspended in the case of COVID. They’re lying to make that point.

In Kansas City for example, the NBC affiliate, KSHB posted this report this week and it scared the crap out of people. Why wouldn’t it? Here is what it said, quote, “Children’s Mercy Hospital is operating to capacity not only because of COVID-19 cases among youths who aren’t eligible to be vaccinated, but also due to ending mask policies.” That was the report. Oh, wow. Really?

When you get rid of mask policies, when you don’t make three-year-olds get the vaccine, your hospitals fill up and millions die. The ICUs are flooded again all because children and people who won’t wear their masks, because they believe in QAnon or they’re racists. That’s what they’re telling you, and not just in Kansas City, everywhere.

But is it true? Well, in this case, it’s not true. Children’s Mercy Hospital said it had no idea what the local news media were talking about, quote: “We continue to be able to meet the needs of our patients requiring hospitalization,” the hospital wrote in a statement. “The increase in children we’re treating as inpatients is mainly due to respiratory illnesses.” Illnesses that are not related to COVID.

So, in other words, no, in Kansas City the hospitals were not flooded with QAnon believers who refused to wear their masks. They lied about that. So why would they be lying about that? What is all of this about? At the very moment we discovered they have been telling us something that is not true according to the CDC, they redouble their efforts to make you believe what all of us know is false.

Listen to what one vaccine expert at the University of Maryland, a woman called Kathleen Neuzil said recently. This is what she said to The Washington Post, quote: “We really need to shift toward a goal of preventing serious disease and disability and medical consequences and not worry about every virus detected in someone’s nose. It’s hard to do, but I think we have to become comfortable with coronavirus not going away.”

“We have to become comfortable with coronavirus not going away.” What does that mean exactly?