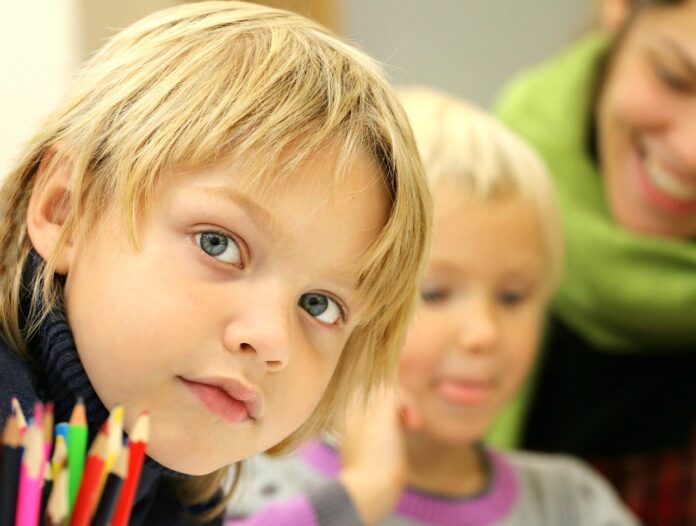 Democrats are every level are terrorizing children and parents in the educational centers around the country. In liberal-run states, children as young as five and six years of age are being targeted with sex-education and gender-swapping poison. And the state that is leading them down the path is none other than New York.

The renovation of the educational system in New York is adding liberal poison to the school districts’ curriculum. They are removing any teachings on moral behaviors and living a sex-free life, and telling students that they can do whatever they want with their bodies.

Democratic State Senator Samra Brouk is the sicko leading the fight to cram a lopsided bill down everyone’s throat. She wants to see official legislation in place that would approve the standards of the Sexuality Information and Education Council of the United States. Their mission is stated that “SIECUS asserts that sex education is a powerful vehicle for social change. We view sexuality as a fundamental part of being human, one worthy of dignity and respect. We advocate for the rights of all people to accurate information, comprehensive sexuality education, and the full spectrum of sexual and reproductive health services.”

In other words, they want to tell toddlers all about sex education and how they can change their sexual orientation by taking drugs that are proven to destroy the child from the inside out psychologically. They want to turn children against their parent’s teachings and drive a wedge deep into the heart of moral teaching.

These are kids that only care about getting to the swing set first. They have no interest in sex or gender identification. They know that boys are boys and girls are girls. The only time they are ever confused is when a liberal sticks their ugly head into the classroom and tells them a bunch of hateful things.

The state bill would force schools, both public and private, to “teach 5-year-olds about ‘gender identity’ and instruct 8-year-olds on hormone blockers to prevent puberty in transgender-identifying preteens.”

The dark Samra sees this bill as a way to combat bullying. She stated that “I am greatly concerned about the unacceptably high incidence of relationship violence, sexual harassment and assault, and online bullying in our society today. We must equip the next generation with the skills and education they will need to thrive.”

The two-issue have nothing in common. The only thing that is going to happen is that more kids are going to be bullied because of the confusion that Samra is filling their minds with.

The way the bill is set up forces all curriculum to be funneled through an outside organization. This removes any control over the legislature’s educational material and puts it in the hands of an unsupervised entity.

Sam Pirozzolo of the New York City Parents Union stated in disgust that “The state constitution guarantees a basic education, but nowhere does it say ‘we have to prepare our kids to change their sex if they want to.’ We have schools where 95% of kids can’t read or do math at grade level, and now they want to bring in these complicated social justice issues? That’s BS.”

The issues that surround this bill are so alarming that it is next to unfathomable that an adult would even want to try and teach toddlers adult-based material.

Samra is attacking the innocence of the children. She wants to destroy the child’s free-thinking ability and program them to accept her way of life.

Democrats know that they have to attack the children in order to survive another generation. They must teach them that liberal poison is an accepted way of life. After all, they are going to need their next round of terrorizing groups to march cities each election year so they can hide their criminal fraud to win power.