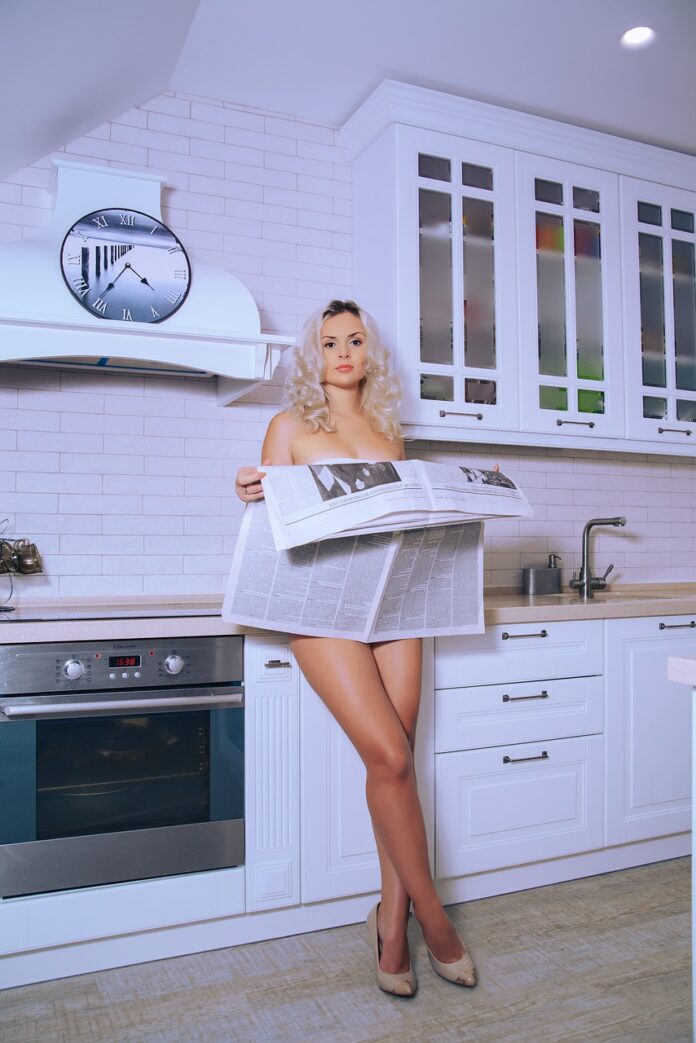 As the liberals go liberating genders, some brands decide that they’re going to go to the other extreme.

The Twitter account for the Burger King franchises in the UK decided to make a shocking statement: “Women belong in the kitchen.”

Within minutes, there were tens of thousands of retweets.

The audacity of the brand. What in the world were they thinking?

Don’t they understand that liberals don’t want to hear statements like this? It’s a 1950s way of thinking, and that simply won’t do in today’s world.

If it were up to the liberals, words like “men” and “women” wouldn’t even exist. They would turn us all into social eunuchs. As long as we’re all gender-neutral, no one can get hurt.

Well, the brand known for slinging burgers wanted to cause outrage. They were trying to make a point.

Once they had tens of thousands of people ready to rip them a new one, they finally made it.

They’re promoting a scholarship program so that female Burger King employees can pursue their culinary dreams. The burger chain went on to share a statistic that only 20% of chefs are women.

It turns out that Burger King does know how to promote gender equality after all. Their mission is to change the gender ratio found throughout the restaurant industry. They want to empower female employees with the opportunity to pursue a career in the culinary arts.

Wheew, that was a close one.

If they didn’t make their point quickly, liberals were about to cancel out one of the most popular fast-food franchises on the planet.

The UK franchise knew what they needed to do to get attention. In a world where outrage equals attention, they seemed to have taken a cue right out of the American liberals’ playbook. After all, Alexandria Ocasio-Cortez has outrage down to a science. And look at all of the attention that she gets.

The marketing department deserves a round of applause. They got everyone outraged just long enough to drop in about a scholarship. Suddenly, it got a lot more views about the way to help women enter the kitchen than if they started off with the scholarship program.

Hearing the various gender roles of yesterday recited by a popular brand is certainly a way to spark outrage.

Women belong in the kitchen.

Men wear the pants in the family.

Men are the primary breadwinners.

Men pay on the date.

Women are pretty while men are handsome.

The list of stereotypical gender roles is long. As soon as anyone dares to mention them, they might as well consider themselves chum in liberal-infested waters.

Everyone knows that there are exceptions to all of the gender roles.

Plenty of men are in the kitchen. Women can wear pants. Raising children isn’t something that comes naturally to either gender. Men are allowed to cry. Men and women should take turns paying on the date. The list goes on…

What’s funny is that @BurgerKingUK was making a statement with their tweet. It served their purpose. It got everyone’s attention.

However, there were too many liberals who didn’t know how to see it as the joke that it was. They didn’t understand that there was a second tweet that helped to add context.

Today’s liberals have forgotten the importance of context. They don’t bother to look for it. They jump right into the emotion of outrage and disgust.

So, Burger King has had to take a step back. They tweeted “We hear you” with a long explanation as to what their aim was. They wanted more women in UK kitchens and were going to help by awarding scholarships. They finished it off by saying “We will do better next time.”

It’s sad that the liberals ruin some of the best marketing ploys ever. Outrage may spark attention but it also breeds the liberals who don’t know how to use context.