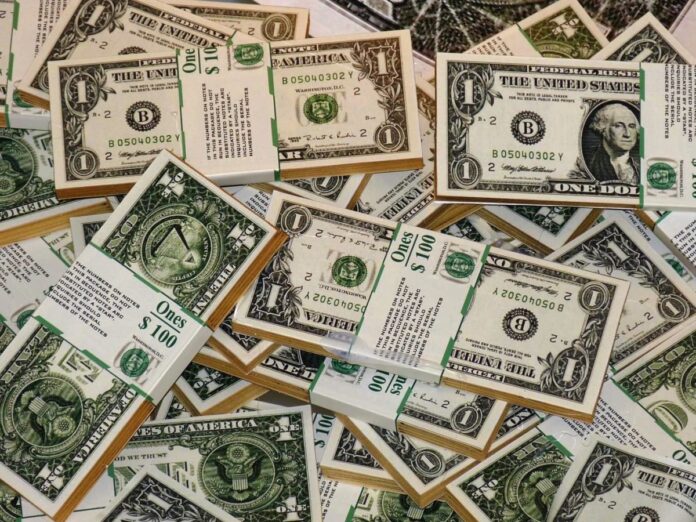 The Dems are showing that they have the power. Rather than focusing on a budget that would make sense for Americans, they’re letting the immigrants feast on taxpayer dollars.

Why is it that the Democrats would rather focus on helping illegal aliens than hardworking, taxpaying Americans?

When it comes to working on the budget procedures, it seems that there’s more focus on providing amnesty for eight million illegals than anything else.

This whole “reconciliation” of the budget is just one of the latest ways for the Democrats to make a push to get what they want. It’s going to be a balancing act, but there are far too many Dems who are eager to see it happen.

Bloomberg.com recently reported that “Democrats are drafting a fiscal blueprint that will kick-start the process by instructing the Senate Judiciary Committee to craft a targeted immigration overhaul bill with a $120 billion federal budgetary impact.”

Here we go spending money that we don’t have.

The Democrats are eager to help millions of immigrants by creating an economic package. Some have temporary protected status while others are young and undocumented immigrants categorized as “dreamers.” There are also “essential workers” that haven’t been defined yet – though they are most likely the illegal ones that entered the country illegally and felt that they had a right to stay.

The Dems have a long list of things they want to do with the money that the federal government doesn’t have. They want to expand migration to make it easier to invite more and more immigrants into the country. Apparently, the rocky economy and the massive number of homeless in the U.S. don’t signal to them that it would be a bad idea to add more immigrants into the mix.

So, migration expansions could include clearing out the backlog of visa applications, improving U.S. ports of entry, and more. Oh, and let’s not forget that agricultural companies could offer up H-2A visas to as many workers as they desired with the promise of a faster route to citizenship.

What happens when we have countless unskilled immigrants entering the workforce who will work for anything? Wages are pushed down and it is the Americans that suffer – with many losing their jobs because immigrants are willing to do it for less.

The amnesty would also be the push to prevent the federal government from deporting anyone. With this huge wave of illegal immigration happening at the southern border, it would give them all a winning argument to stay because they were in the U.S. before the amnesty bill passed.

Wow. We could end up with millions of added illegal immigrants simply because the Dems are desperate for voters. It could lead to a political divide as we’ve never seen before. And for what? It’s all so that Americans can take a backseat to migrants. It will lead to greater dependency on the government – and that’s what the Dems have been striving for all along.

Can the GOP step in to put an end to this massive feast for the immigrants? Maybe, maybe not. The Dems can pass a bill through the Senate, especially knowing that VP Harris would be the tiebreaker.

Senator John Cornyn, a Republican out of Texas, still believes that the Dems can’t complete the push. He explains that the judiciary committee members “know full well that immigration law is not written through our arcane budget procedures.”

Well, it’s just a waiting game to see if amnesty is really feasible within budget procedures. If it is, well, immigrants will truly be running the country from here on out.