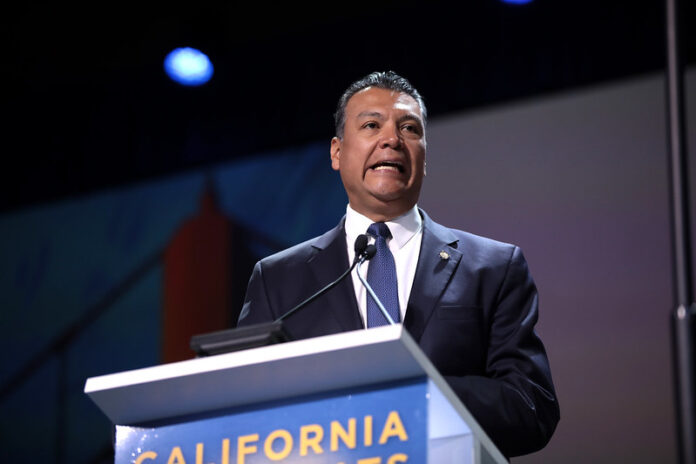 Now, the state has their hands out to get as much federal aid as possible.

Trump signed a bill that was worth trillions to provide aid to cities and states affected by COVID-19. Biden is about to sign another one because more aid is needed.

The GOP is speaking up. Enough is enough. It’s time to stop bailing these states out because they’re in the mess that they’re in due to their own stupidity.

Oh, but that’s not the way the liberals see it.

Senator Alex Padilla, a Democrat out of California, has the audacity to throw a temper tantrum.

He has defended the state and local government provisions in the latest relief bill because states shouldn’t be punished for “doing the right thing” in the pandemic, like California.

There are so many things wrong with what Padilla is saying that it’s hard to even figure out where to start.

It’s not California being punished. It’s all the other states that managed to keep their economies open. They don’t need the big federal bailouts because they knew how to manage their budgets. They didn’t close the economy and force countless small businesses to shut their doors forever.

Why should California be rewarded for their ineptitude?

For a full year, California remained closed. Even when businesses proved that they could open safely with social distancing, mask-wearing, and even plexiglass barriers, they were still told they had to remain closed.

And, closing it all wasn’t the “right thing” to do, either. COVID cases were all over the place in California. Throughout November and December, they were averaging over 20,000 new cases a day.

Closing the economy did nothing to help slow the spread. Governor Newsom himself couldn’t even follow the advice to stay out of restaurants and avoid gathering in groups of 10 or more.

If California had some kind of epic dismissal of cases as was the case with Australia, they would have been applauded for closing. However, closing did nothing.

They closed the economy only to let the situation get completely out of hand.

Padilla wants to make claims that the Republicans are pointing to a false surplus that the state of California has. He says that the surplus is “false.” Further, he goes on to say that states like California shouldn’t be forced to make deep cuts as it will affect state employee contracts, social service programs, and more.

Who is he really kidding? If the state had to cut some fat away from its state employees, it probably wouldn’t be the end of the world. Further, if they would abolish some of their sanctuary city laws and actually send the illegal aliens committing crimes around the state back across the border, they’d have a lot more funds for the various social service programs.

Padilla is literally the epitome of the California liberal. If it were up to him, the entire country would work to ensure that California had all the money they needed. That way, they can help to dig Newsom out of the financial hole he has dug for the state. Oh, and if there’s money left, they can also meet the liberal demands of the teachers’ unions who insist that keeping schools closed is better for everyone.

California should be punished, but they won’t be because the liberals make the rules. Biden has no problem stealing from the poor to give to the rich.