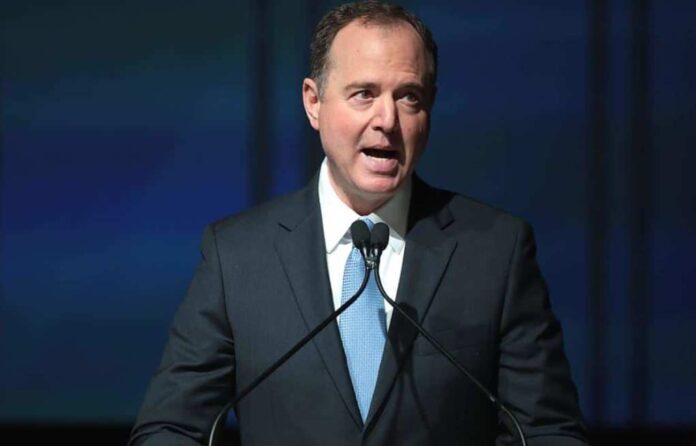 The Capital riots from July 6 are at the top of the importance list for the silly Democrats. The word that describes them the best is “hypocritical.” Their investigation is nothing more than a ruse to try and pin something on the Republican Party before the midterm elections. They have a hunger to damage every person that gets in their way of total domination in America.

Adam Schiff is the slug leading the sham. He did such a poor job of it at Donald Trump’s two impeachment trials that it is surprising that he ever recovered emotionally from his self-inflicted embarrassment. His incisive drive to find the truth as he sees it is intoxicating to the man. He is drunk with power and revenge to the point that he cannot contain himself.

The liberal’s attempt to get at the truth will be nothing more than a mock trial. They want to try and brand the conservatives in America as domestic terrorists, so they can do what they need to hunt them down. Their version of the “Hunger Games” can only spell disaster for their political career.

Adam Schiff hates all Republicans. When a member of his party mentions an investigation, he is all over it and ready to burn people at stake. The anti-American Democrat thrives on misinformation and lies. He believes that he is some protector of a fake reality where democracy is under attack. He misses the point that he is attacking true freedom by believing in the conspiracy theories his party has invented.

The short hypocrite has a lot to learn about what it means to champion freedom and protect governmental elements. It is one of the government’s main jobs to maintain an army to protect the people. Adam Schiff believes the army is to protect himself from American citizens.

Schiff sat confidently in his seat of power and went on to question a Capitol Police force officer. Harry Dunn had to sit and listen to Schiff give a speech about the doom of America if people do not take elections seriously. The laughable words come from a party that fraudulently cheated to put a crazy man in the Oval Office.

Adam Schiff tried to say that “I’d like to think as Amanda Gorman, so eloquently said that we’re not broken, we’re just unfinished. Because if we’re no longer committed to a peaceful transfer of power after our elections, if our side doesn’t win then God help us.”

The boastful and arrogant man believes that God is in on the side of the baby-killing Democrats. He stated that “If we deem elections illegitimate merely because they didn’t go our way, rather than trying to do better the next time, then God help us.”

The Democratic bully speaks of peaceful transitions of power, but they cry about it every time they lose an election and try to contest the outcome. Schiff is as shady as a Democrat can get without being thrown into prison.

He targeted key Republican aides and staff in previous investigations and then released confidential material about them. The records were released because he wanted Donald Trump out of office. He could stand to see a man working hard to make America great again. He just had to try and stop it by making up false accusations and stories about him.

Schiff’s purpose to all of his lying and hypocritic nonsense is to tear America to pieces. He would love to see a civil war with fellow citizens battling their neighbors.

The evil man is the Democrat’s key weapon for instigating political deep trials and investigations. He was the frontman during the Trump trials, and he failed to pass off an influential lie. The Democrats engrained impeachment on their minds so much that they have lost sight of what it means to serve in politics.

The Schiff tears are as fake as they can get. He cries like a toddler being told he cannot have a sucker. Members of his party are always quick to cry about lost elections and ever quicker to cry about elections they win by cheating. They cannot handle opposition of any kind.