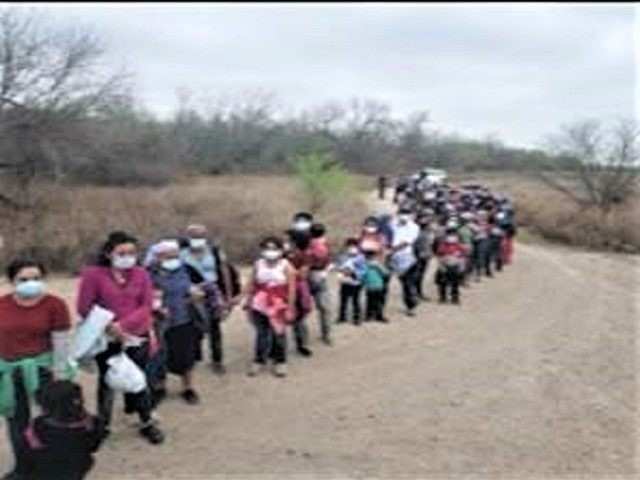 Quick, everyone mask up! The Biden administration is suddenly very upset about the recent outbreak of COVID cases in the U.S., particularly as the Delta variant makes its way stateside.

However, it is not the vaccinated Americans that Biden should be worried about. Instead, it is the disaster at the southern border that should be a concern. It turns out that the crisis that he should have dealt with months ago is actually one of the top causes for why COVID is spreading so rapidly throughout the country.

Reports have been flowing in from southern border cities about migrants being released by Border Patrol who have COVID-19.

The La Joya Police Department recently got a call from a Whataburger where a concerned citizen shared about a group of people who were inside. The group was not observing any of the health guidelines. They were not only maskless but also coughing and sneezing without attempting to cover themselves.

Once the police arrived on the scene, the manager said that the group should be removed.

It didn’t take long to learn that the group was migrants who had been apprehended by Border Patrol. However, the migrants said that they were “released because they were sick with COVID-19.”

Whoa. This is a big problem. A huge one.

Biden’s Border Patrol agents are not bothering to book and hold any of the migrants if they’re sick with COVID. And, rather than release them back into Mexico, they’re being released into the U.S.

The migrant group was staying at a hotel being paid for by a local charity, Catholic Charities of the Rio Grande Valley. Authorities said that inside the hotel, there were approximately 30 migrants not wearing masks or bothering with any kind of other quarantine measures.

The police decided to contact Hidalgo County Health and Human Services Department to help address the issue going on.

The police department has since issued a variety of warnings to wear masks and observe various health practices to avoid being exposed to the virus.

There’s a bigger problem going on right now, though.

It seems that the Biden administration has decided that it will have two entirely different sets of rules when it comes to how to handle the pandemic. And, they are in conflict with one another.

Illegal immigrants, however, do not need to get vaccinated. And, they can be released into the interior of the U.S. without bothering to quarantine, mask up, or follow any of the other health practices to keep the population safe.

This is a dangerous precedent that the Biden administration is allowing. Ignoring the southern border has finally caught up to the administration. If they want to cut down on the infection rate, they will have no choice but to address the crisis once and for all.

Perhaps there can at least be some common sense applied. You want into the country? You’ll have to get vaccinated. After all, the Biden administration wants to mandate vaccines. It may not be something that can be pushed on Americans, but he should be able to push it on those who want to enter the country illegally, right?

As for Biden’s catch and release program where the illegal immigrants are being released into undisclosed areas of the U.S., there’s likely a correlation between where they’re being dropped and the spikes of COVID cases.

Now, if only there was a way to prevent that all from happening…