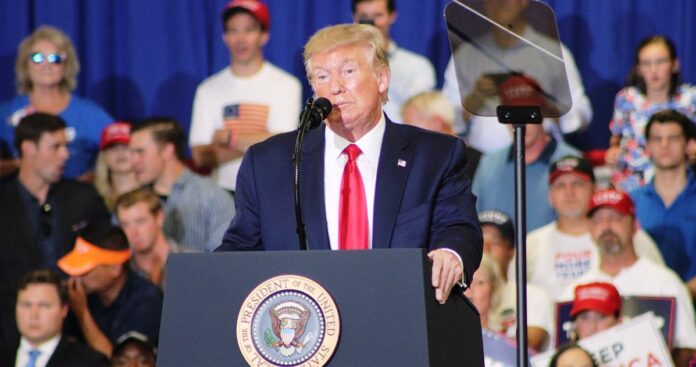 Well, it’s looking less and less likely that former President Donald Trump will be as influential in 2024 as many have recently thought.

As you well know, many have and still do believe that when the time is right, Trump will announce a full-on run at the White House again. However, if he doesn’t, there is much talk of him being more of a kingmaker for the Republican Party, offering his support and endorsements with a near guarantee that those names will win, both in congressional elections and for the Oval Office.

However, we’re starting to see signs that this idea might not be all that accurate, at least where the kingmaker part is concerned.

While we have no way of knowing if and when Trump will announce a presidential campaign, he’s already positioned himself well to endorse a number of congressional candidates.

And one just lost…

Enter GOP candidate Susan Wright. Wright is the widow of the late and former Republican Representative Ron Wright, who represented Texas’ 6th Congressional District until February when he was diagnosed with COVID-19 and later died.

President Donald Trump had endorsed Mr. Wright. When he died and his wife decided to carry on his legacy by serving in Congress, Trump quickly decided to support her as well.

However, it would appear as though that support doesn’t hold as much weight as it once did; either that or Susan is just no comparison to her late husband. Whatever the case, she was defeated by the incoming candidate and fellow Republican Jake Ellzey.

According to the New York Times, Ellzey won the district with over 53 percent of the vote.

Now, I have to admit, Ellzey seems to be somewhat of a shoo-in for the red-leaning district. He’s not only a former Navy service member but has also been a state legislator for a number of years. And this was not is his first run at the US House. In 2018, he ran against the late Wright and obviously lost.

But this time, he had considerably more support, including from the former Governor of Texas, Rick Perry. Besides, as he currently holds a public office and was elected to that seat, the people in his district already know who he is and what he stands for quite well.

Still, it would seem that someone like Mrs. Wright, with the support of President Trump and who likely got the sympathy card from a number of supporters, would still do better than she did against Ellzey, no matter his experience.

Then again, this likely says more about Trump’s name and popularity than Wright’s.

As you well know, the liberals did well to pin the January 6 incursion at the Capitol on the outgoing Trump. And as a result, he lost much support. In fact, as several outlets reported at the time, the number of Republicans switching to either the Democratic or independent parties were rather astronomical, having lost such faith in the man they once elected to lead us.

And in Texas’ 6th District, Trump didn’t do too well in the 2020 election either. While he won by double digits against Hillary Clinton in 2016, he just barely won the district by a mere three points last year.

With that being said, it’s likely that Trump’s endorsement of Wright actually moved some Republicans or right-leaning voters away from her and towards her opponent, even with her last name’s success.

All this is to say that Trump just might be losing his popularity among the American people and the Republican Party. I have no doubts that both 2022 and 2024 will see him make moves to endorse a good number of GOP candidates, with more than a few winning those seats. However, as Wright can testify to, his name alone might not be enough to see them through.

That will likely be even more the case should Trump decide not to run or, even worse, be outdone in the primaries by another high-profile Republican candidate such as Ron DeSantis. In any case, this special election brings to light some curious ideas, making 2022 and 2024 all the more interesting.