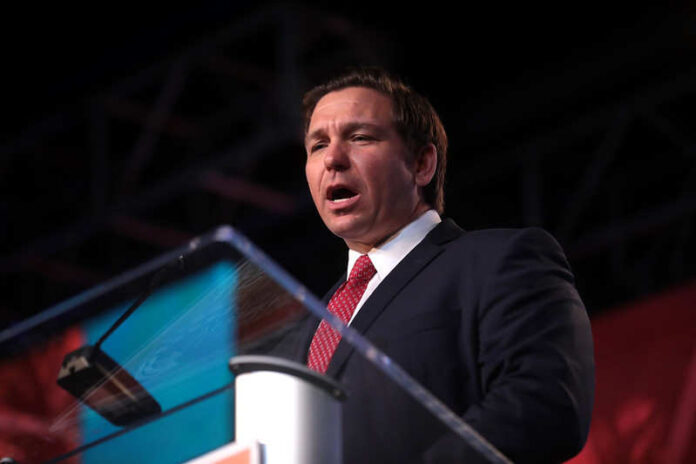 The Democrats have gone out of their way to push fear into the hearts of people. Their relentless attacks on the emotional strain of the pandemic on people have pushed many to their breaking point. And when things were getting ready to settle down, the Democrats opt for a nationwide mask mandate for vaccinated people and all public schools.

The fear is natural for a lot of people. And that is what drove the school board in Florida to adopt the liberal’s mask mandate nonsense. Broward County has decided to oppose the governor and force all students to wear masks when attending school. One report stated that the school board “voted to require indoor masking inside schools, social distancing protocol inside classrooms and seating capacity limits on school buses.”

Donna Korn claims that she does not want to draw any trouble to the school system. But her actions, along with the other board members, will draw a lot of attention and opposition. Parents are sick and tired of having their kids jerked around by a few paranoid liberals on a power trip.

Mask is harming kids, and they need to have their faces uncovered to function well. The parents that attended the school board meeting all spoke out against the idea. But good ole Donna Korn was deaf and would not listen to most people speaking out against their decision.

Lori Alhadeff is another board member that turned her back on the students and parents when she admitted her fear of the Delta variant. And yet, when the facts are checked, there are so few cases that it does not warrant the status that the liberals are trying to make it out to be. A few hundred cases statewide were far from the hundreds of thousands of cases a year ago.

DeSantis was hopeful that the school boards would ignore the terrible thoughts of the CDC. He noted that “We had hoped that all school boards would follow the science and decide to have a normal, mask-optional school year. It is disappointing that Broward School Board prioritized virtue-signaling over parental choice, kids’ well-being, and the science.”

The science does not support anything the liberals are claiming. Children are highly resistant to the strains of the virus.

Masks are hurting the student’s ability to learn. One report stated that “• Many kids, especially those with special needs like hearing loss, autism, and sensory issues, struggle to learn and engage in a classroom setting with masks.”

The liberals do not listen to the experts outside of their inner circle. The experts are telling people masks affect mental and emotional health. Masks have also been found to have massive amounts of bacteria in them at the end of the eight-hour school day.

DeSantis is not about to let this county get away with outward defiance. He has already promised a special session to deal with masks in schools.

The CDC is a liberal-run organization that seeks to force people into compliance. Failure to comply in liberal fun regions means stiff penalties or jail time. They have taken away freedom and replaced it with tyranny.

Christina Pushaw is DeSantis’ Press Secretary, and she stated, “It isn’t based in science. There is no indication that areas with mask mandates have performed any better than areas without mask mandates. In fact, this policy could actually backfire.”

The Democrats hope that constant exposure to mask mandates will develop a habit with people to comply with their wishes. They want to erode the foundations of free choice and keep people dependent on them for their survival.

But what the Democrats are going to find is that pushing things on people that they do not want to do will harm their faith in the ones doing the pushing.

DeSantis was clear “I think our fear is that seeing some of those rumblings, that there be an attempt from the federal level or even some of these organizations to try to push for mandatory masking of school children. And if he gets his way, masks will be banned in Florida. And so our view is that this should absolutely not be imposed. It should not be mandated.”