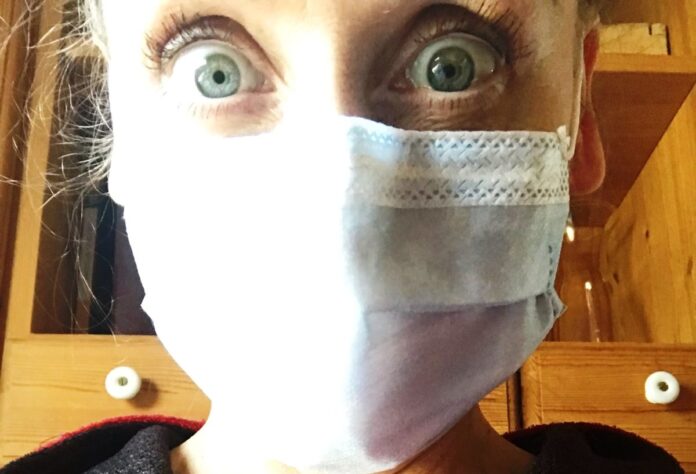 Here we go again. Let the battle resume in the never-ending mask war. Though not as yet a mandate, the mere whisper of the CDCs suggestion to once again cover our mugs isn’t going over so well. Even people who at one time voiced no objection to strapping on a mask are now saying “enough is enough.”

The suggestion goes deeper than the public battle between the vaccinated and the not gonna do it, crowd. Considering how receiving the vaccine is a personal choice, those who chose the non-FDA-approved vaccine can throw their masks away. They’re safe. Right?

Those who chose otherwise are intelligent life forms who are fully aware of the chance they’re being told they are taking. To mask or not to mask should as well, be at their complete and total discretion. It just makes sense.

It’s no surprise that Florida Gov. Ron DeSantis was the first to comment on the new recommendation. While speaking to a large group of activists and lawmakers in Salt Lake City, almost all of them unmasked, he jokingly said, “Did you not get the CDC’s memo? I don’t see you guys complying.”

The suggestion was met with defiance and hostility from Republican leaders around the country who saw no sense in fully vaccinated people being told to mask up. While the Biden administration is spending big bucks to convince Americans to get the shot, and were making a small bit of headway, the CDCs counterproductive advice just slammed their efforts in reverse.

The Republican response indicates growing frustration over the CDC’s almost daily change of advice. They can’t keep up nor do they any longer view the coronavirus as a personal major threat.

A huge thorn in the side for Republican leaders in at least 18 states are vaccine passports. They’ve taken measures to prohibit them. The passports are meant to be shown in order to gain entrance to certain facilities. They’re also fighting against teachers and students having to remain fully masked in schools. The same rule of thumb applies as with vaccinations.

Former President Donald Trump was also quick to express his infuriation with the CDC. “We won’t go back. We won’t mask our children. Why do Democrats distrust the science?”

Missouri Gov. Mike Parson chimed in by calling the new suggested guidance “disappointing and concerning.” He said it was “inconsistent with the overwhelming evidence surrounding the efficacy of the vaccines and their proven results.”

It isn’t as though Republican lawmakers haven’t been encouraging people to get vaccinated. Alabama Gov. Kay Ivey went as far as to say that unvaccinated residents are the ones who are letting everyone else down.

Parson tweeted these words aimed at both the CDC and the citizens of Missouri, “This self-inflicted setback encourages skepticism and vaccine hesitancy at a time when the goal is to prevent serious illnesses and deaths from COVID-19 through vaccination. This decision only promotes fear & further division among our citizens.”

In Arizona where mask and vaccine mandates have been outlawed, Gov. Doug said the CDCs announcement “will unfortunately only diminish confidence in the vaccine and create more challenges for public health officials 一 people who have worked tirelessly to increase vaccination rates.”

DeSantis’s biggest concern is students being required to wear masks. “It’s not healthy for these students to be sitting there all day, 6-year-old kids in kindergarten covered in masks,” he told the crowd.

South Dakota, Gov. Kristi Noem didn’t hesitate to call out the CDC. She made it clear that anyone worried about the virus is welcome to go and get a free shot. Outside of that they can either wear a mask or stay home. Their option. “Changing CDC guidelines don’t help ensure the public’s trust,” she said.

The CDC can suggest or mandate whatever they feel necessary listens., but if the very people they’re mandating to have lost confidence in them, they aren’t going to fall in step. It’s the crying wolf analogy. After a while, people quit listening. That time has arrived.