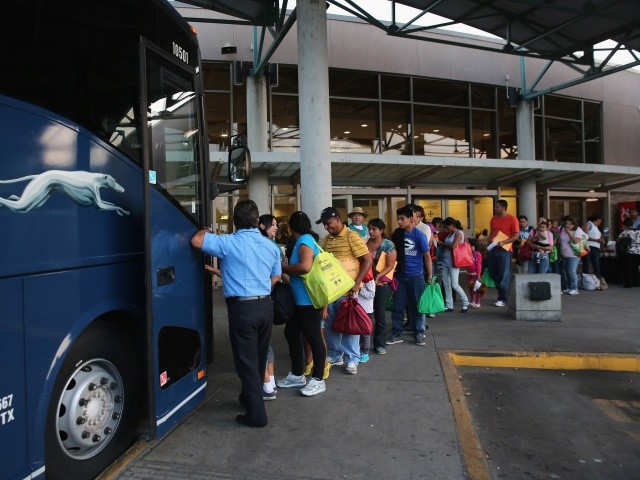 On Tuesday, District Judge Kathleen Cardone, appointed by former President George W. Bush, issued a temporary restraining order against Abbott’s order that barred NGOs from providing ground transportation to border crossers and illegal aliens who have been detained by Customs and Border Protection (CBP) or who have been ordered removed under the Center for Disease Control and Prevention’s (CDC) Title 42 authority.

The order also permitted Texas state troopers to “stop any vehicle upon reasonable suspicion” of transporting border crossers and illegal aliens and “to reroute such a vehicle back to its point of origin or a port of entry if a violation is confirmed” as well as allowing state troopers to impound vehicles that are caught violating the order.

This Court has jurisdiction over the subject matter of this case, there is good cause to believe it will have jurisdiction over all the parties, and venue in this district is proper. The United States is likely to prevail on its claims that Texas Governor Greg Abbott’s “executive order No. GA-37 relating to the transportation of migrants during the COVID-19 disaster,” issued on July 28, 2021 (“Executive Order”), violates the Supremacy Clause of the United States Constitution because (1) it conflicts with, and poses an obstacle to, federal immigration law; and (2) it directly regulates the federal government’s operations.

3. The balance of equities and the public interest also favor the United States.

4. The Court requires a fuller presentation of the facts and law before entering an order on Plaintiff’s application for a preliminary injunction.

IT IS FURTHER ORDERED that Defendants, their agents, officers, and employees, and all other persons and entities in active concert or participation with them, are ENJOINED, pending a full hearing on Plaintiff’s application for a preliminary injunction, from enforcing the Executive Order.

IT IS FURTHER ORDERED that this temporary restraining order shall remain in force until the 13th day of August, 2021, at 8:00 a.m., or until such later date as may be extended by the Court or agreed upon by the parties. Pursuant to Federal Rule of Civil Procedure 65, the parties shall appear before this Court on August 13, 2021, at 8:00 a.m., for a hearing on Plaintiff’s application for a preliminary injunction.

As Breitbart News reported, the latest data reveals that the Department of Homeland Security has released about 173,000 border crossers and illegal aliens into the U.S. interior — some of which have been found to skip out on their quarantine and continue traveling into the country despite having coronavirus.