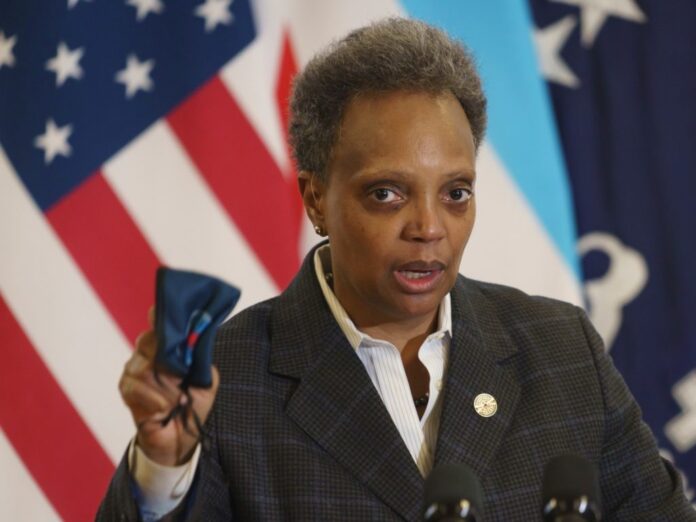 The Chicago Sun-Times reports the first shooting fatality was a 21-year-old who was shot in a parking lot “in the 3300 block of West Warren Boulevard” about 11:45 a.m.

The 21-year-old was hit multiple times and transported to a hospital, where he was pronounced dead.

The second shooting fatality occurred at 3:30 p.m., when a 30-year-old man was killed in a drive-by shooting. The man was on a corner “in the 7500 block of South Damen Avenue” when a white Kia pulled up and someone inside the vehicle opened fire.

The 3o-year-old was struck once on his left side, and the wound proved fatal. He was pronounced dad at a hospital.

ABC 7 / Chicago Sun-Times notes an 81-year-old was among those wounded on Tuesday. The victim was “standing on the street in the 1700 block of North Tripp Avenue” when someone shot him around 7 p.m. He was taken to a hospital in critical condition.

Breitbart News noted there were 461 shootings in Mayor Lightfoot’s Chicago during the month of July 2021 alone. Those shootings left behind 614 victims, 105 of whom died from their wounds.

AWR Hawkins is an award-winning Second Amendment columnist for Breitbart News and the writer/curator of Down Range with AWR Hawkins, a weekly newsletter focused on all things Second Amendment, also for Breitbart News. He is the political analyst for Armed American Radio. Follow him on Instagram: @awr_hawkins. Reach him at [email protected]. You can sign up to get Down Range at breitbart.com/downrange.