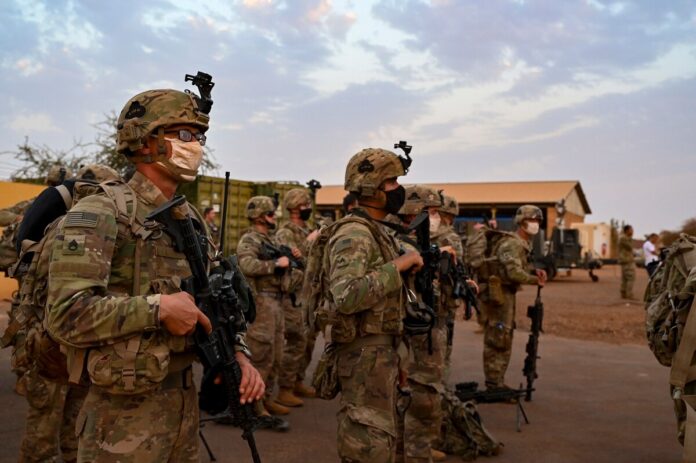 The military is designed to serve and protect. They’re there to protect us against any attacks from outside of the United States. And, due to the U.S. military presence around the globe, the only attacks on U.S. soil were 9/11 – and that was nearly 20 years ago.

Democrats want to change all of that. They want to allow transgender individuals in even if they can’t perform at certain levels. They want to allow the military to be an equal opportunity employer. The problem with that is that it weakens the forces and makes it harder to be mission-ready.

The Democrats also want to point the fingers to say that there are too many extremists in the military. Specifically, though, they’re concerned with the right-wing extremists. During the Capitol riot of January 6, many had ties to the military. Therefore, the party has decided that there must be considerably more within the military.

Extremists on both sides exist in every faction of life. When you get people who are focused on serving and protecting and who have intimate knowledge of weaponry, you’re always going to find that some of the loudest will be those with military backgrounds.

Does that mean that the military is filled with right-wing extremists? No. However, the Democrats have caused doubt across the American people.

Trust in the military has dropped significantly in recent years, and we can thank the liberals for this. While all branches of the military are still considered highly respected, the level of trust has dropped dramatically.

According to a public opinion poll that was conducted by the Ronald Reagan Institute, only 56 percent of the Americans surveyed say they have a great deal of “trust and confidence” in the U.S. military. When this same poll was conducted in 2018, the percentage was at 70.

Such a poll shows that it’s not just because of what happened in January. Instead, it’s a slow decline to show that people simply don’t have the greatest level of confidence and trust in the military.

It’s also not just the military. It’s also law enforcement. There’s been a similar drop in the confidence levels.

What happens when Americans don’t feel as though they can rely on the military and law enforcement to offer the necessary level of protection?

People will take matters into their own hands – and this is supported by the rise in gun sales over the past few years.

While Americans have the right to bear arms, it’s not always a good thing for Americans to take civil matters into their own hands. Often, people are emotional. They’ll shoot before they have a chance to think – and that can lead to epic disasters.

Shouldn’t Congress be paying attention to this? If Americans can’t have confidence in our military, what does that tell other countries? We have to do whatever it takes to boost our military because they offer protection to us while also serving as a warning to the rest of the world.