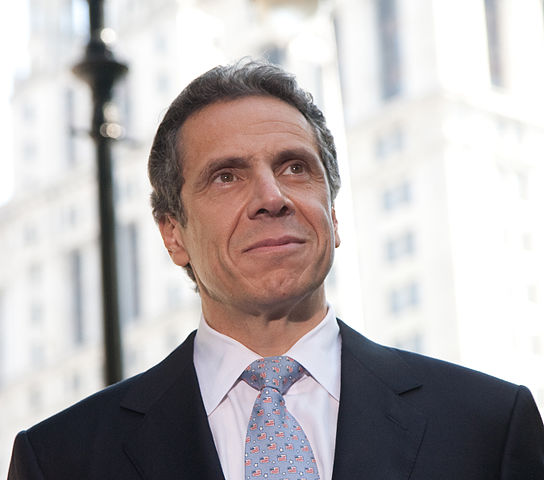 If you haven’t heard, life has become a bit complicated for Democratic New York Governor Andrew Cuomo as of late. Part of that, of course, is due to the ever-growing nursing home death toll in the state, of which Cuomo is almost exclusively responsible.

While being treated like a media darling when it came to COVID-19, its subsequent pandemic, and how it was handled, even winning an Emmy for his efforts, he made a slew of horrible decisions. The egregious was, of course, his choice to send thousands of COVID-positive patients back into the state’s nursing and disability homes.

Obviously, this caused the disease to spread like wildfire among the most vulnerable and at-risk, killing literally thousands. Oh, and then there’s the part where he tried to cover it all up and even had his office intentionally lie about it.

Let’s just say the investigations into that subject have yielded nothing good for the governor, with many upset enough to demand his resignation.

But that was before.

Now, he has a much bigger problem and one that is looking more and more certain that it will end with his arrest.

About the same time rumors began to be floated around of Cuomo’s nursing home scandal, another allegation was made – one of sexual harassment and assault.

But as it usually does with the rich and powerful, Cuomo easily enough got around the accusation from former aid Lindsey Boylan. All he had to do was give some air time to his propaganda team in mainstream media and claim that he didn’t do anything wrong.

However, as time has continued, the allegation hasn’t gone away. And other similar ones have surfaced, just as Boylan suggested would likely happen.

According to the police report and the Albany Times Union, this allegation, and the sixth of its kind, happened late last year at the Executive Mansion, where Cuomo resides. But unlike the others, it wasn’t just a few misplaced and sexually charged comments, inappropriately placed hands, or even a kiss.

This one is much more aggressive.

“The staff member, whose identity is being withheld by the Times Union, had been called to the mansion under the apparent pretext of having her assist the governor with a minor technical issue involving his mobile phone.”

Of course, it quickly turned into more.

“They were alone in Cuomo’s private residence on the second floor when he closed the door allegedly reached under her blouse and began to fondle her, according to the source.”

The article when on to report that the alleged victim, who is many years Cuomo’s younger, “told the governor to stop.” And apparently, this was not the only time he had touched and “engaged in flirtatious behavior” with her.

The outlet notes that since the allegations are the “most egregious behavior attributed to the governor to date,” it could lead to a potential misdemeanor sexual assault charge, should the assumed victim with to go that route.

As of right now, the woman has not filed any charges. However, that doesn’t mean Cuomo is off the hook.

According to the State Police department, “As a matter of state policy, when allegations of physical contact are made, the agency informs the complainant that they should contact their local police department. If they decline, the agency has an obligation to reach out themselves and inform the department of the allegation.”

In Cuomo’s case, the former staff member’s counsel has confirmed that she did not file a report herself. and so “the state notified the police department and gave them the attorney’s information.”

Of course, Cuomo still claims that he didn’t do anything to this woman or any other. However, with more and more women coming out of the woodwork and all giving similar stories, that claim is becoming harder and harder to believe.

New York State Attorney General Letitia James is already looking into Cuomo for his participation in killing off thousands of the state’s elderly. Now it seems as though she may soon broaden that investigation to include these allegations and whatever else is drummed up in his personal life.

And by then, his power, which is waning by the day, may not be enough to save him or his career.