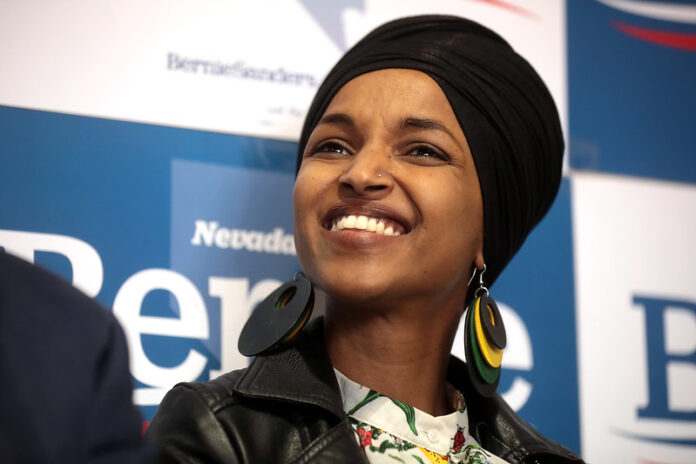 According to a report in the Conservative Opinion, Omar has introduced  “the Rent and Mortgage Cancelation Act” which she declared “would permanently cancel all rent and mortgage payments until April 2022.”

“Right now, we are facing an unprecedented crisis that has led to millions of Americans at risk of housing instabilities and homelessness,” Omar said during a press conference.

According to the publication, “The bill would cancel rent until April 2022 while establishing a relief fund for landlords and mortgage holders to cover losses from canceled payments. It would also create an optional buyout fund to finance the purchase of private rental properties by nonprofit groups, state and local governments, and other organizations.”

This kind of legislation raises a number of questions, not the least of which is what will happen to the owners of the buildings (whether it be landlords or banks who have investments) and how those people plan cope with their own costs of keeping those buildings afloat.

Twitter users weighed in, asking what Omar had planned to balance the economic books if her bill were to pass.

Rep. Ilhan Omar: “I introduced the Rent and Mortgage Cancelation Act, which would permanently cancel all rent and mortgage payments until April 2022.” pic.twitter.com/u6hyM6F5na

One Twitter user replied: “Should call it the “landlords go f*ck yourself” act”

How will the owners of these apartments pay their bills?

We could simply pass UBI, and solve this whole issue.”

Another replied “While I’m all about helping the people impacted by the pandemic, this is something that needs to be well thought out, for the landlords, owners, and lenders. This could set off another bubble burst similar to 2007-09 if executed poorly.”

This kind of endeavor is similar to an act that was put in place in 2020 to help workers cope with lost wages due to lockdown.

H.R. 6515 which came before the 116 Congress in April of 2020. The congressional website’s overview of the bill stated:

“Specifically, the bill suspends rental and mortgage payments for primary residences for a period lasting until 30 days after the termination of the federal emergency declaration relating to COVID-19. The Department of Housing and Urban Development (HUD) must establish funds to reimburse lessors and lenders for payments suspended under the bill.

“In addition, HUD must establish an Affordable Housing Acquisition Fund to support the acquisition of multifamily housing projects by nonprofit organizations, public housing agencies, cooperative housing associations, community land trusts, and state and local governments. For a five-year period, entities that are approved for such assistance shall be provided the first right of purchase with respect to such projects.”

Unfortunately, while the stress of not being able to pay rent weighs heavy on the hearts and minds of those who have deferred it, the weight of an economy straining under the burden of roughly ⅓ of the nation’s rental bills, could cause the kind of stress that ushers back in a depressed economy.

Over time, it’s doubtful that any significant amount of landowners will put themselves into the money-losing proposition that politicians like Omar are forcing them into. That will lead to a ripple effect that ends, once again, with those renting being homeless (just in a way that makes it much harder to remedy).

The rock and the hard place are closing in, but have no fear, Omar has a bill that makes things worse. Enjoy this while you can.